Quote of the Day: Are Evangelicals Wrong About Inerrancy? 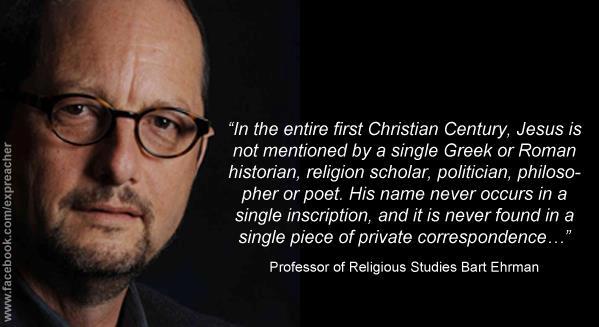 This common fundamentalist understanding is that the Bible has no mistakes of any kind.  No scientific mistakes (the earth was created in six days; there really was an Adam and Eve; God really did make the sun stand still in the Book of Joshua; and so on); no historical mistakes (there really was a Tower of Babel, Moses really did lead millions of Israelites out of Egypt at the Exodus; there really was a census of the entire Roman world for which everyone had to register in the ancestral home during the reigns of Caesar Augustus in Rome and Quirinius in Syria; and so on) — no actual contradictions or discrepancies of any kind.

In this view, anything that seems like a mistake or a contradiction only seems to be.  It’s not really a mistake.  There is an explanation for everything, because God made sure that the Bible would be completely without error, a perfect revelation of the past and of his will to his people.

There are different ways various fundamentalists have gotten to this understanding of things over the years.  For example, to pick just two options: some think that God actually dictated the words of Scripture to the various authors; others think that God dictated the thoughts of the authors and made sure that even if they wrote things down in their own words none of the words were in error or contradiction.   There are a number of ways to explain inerrancy, but the basic point, in this common fundamentalist understanding is that the words – however they got on the page – are without error.

If you want to read the entire article on Dr. Ehrman’s blog, you will need to have a membership. Cost? $24.95 per year, with all proceeds going to charity. I am a member, and I find the regular blog entries by Dr. Ehrman to be enlightening and helpful.