Christians Say the Darnedest Things: Everyone Believes in God, Including Atheists 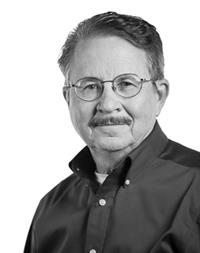 I believe there can be no more important question than “Who is God?” because even among believers in God have so many different “pictures” of God in their minds. And every mental image of God has consequences for everyday life. Did you know that Hitler believed in God? He absolutely did. When he narrowly escaped death from a bomb planted near him by a conspirator he frequently attributed his survival to God. He saw his narrow escape from assassination as proof that God was with him and on his side.

I happen to think that everyone believes in God; I don’t take atheism very seriously. I believe awareness of a creator being who is all powerful and eternal is planted in our hearts. To me atheists are just those people who are in denial about what they really know. You have heard the old saying about war and soldiers “There are no atheists in foxholes.” Well, I will dare to say there are no atheists at all. There are only people whose god or gods are unworthy of worship or they prefer to live in denial of the one supreme creator God because they don’t want to be accountable to him.

So, for me the real question is not whether God exists but who God is. Which of the many gods people believe in, or deny believing in, is worthy of worship? And how should we Christians depict God to ourselves and other people?