Understanding Evangelical Christianity: It’s All About the Benjamins 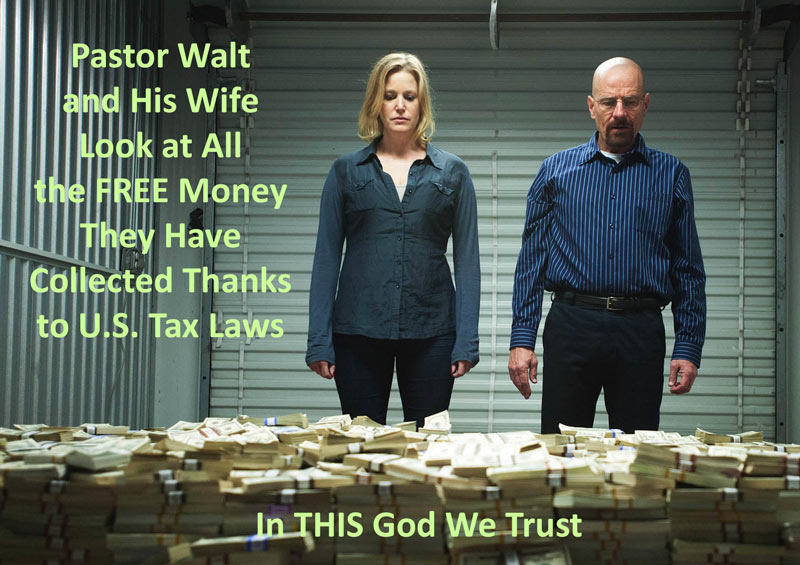 Warning! Snark and pointed commentary ahead. Easily offended Evangelicals should avoid reading this post lest it “trigger” them.

Every time I write about Evangelicalism and money, I get emails and comments from angry “Spirit-filled” Evangelicals who object to my characterizations of their churches, pastors, and beliefs. Evangelicals have convinced themselves that their churches serve some higher moral purpose and that their ensconcement in their local communities is essential to the welfare of locals, Christian or not; that their churches are bastions of morality and ethics, and without it, their communities would slide into immorality, unrighteousness, and decay. In their minds, they are the bulwark holding back Satanic, atheistic, socialistic Mongols intent on destroying Western civilization. That none of these things is true matters not. Perception is reality, and when it comes to Evangelical churches, they delusionally have a bigger-than-life view of their place not only in their local communities, but in society as a whole. The fact remains, however, that if every Evangelical church closed its doors tomorrow, most communities wouldn’t even notice. Sure, members of those churches would be adversely affected, but since Evangelical churches do very little meaningful charitable work, it is doubtful that people outside of the closed churches would notice their closures. I know, I know, ouch, but, as I will show, Evangelical churches, compared to the amount of money they take in, do very little, dollar-for-dollar, to “minister” to people who aren’t members of their clubs.

Evangelicals love to tout the notion that they give more money to charitable causes than secular people do. Take that, Bruce! Well, here’s the problem with this “fact: Evangelical charitable contributions include the money they donate to their churches and other religious organizations. If, as I assert, Evangelical churches are fundamentally clubs, and that congregations pay their membership fees weekly by giving money to their respective churches, then most of the “dues” stay inside the church. Take a look at the average church’s financials. Not the annual generic bullshit summary they put out, but the actual income/expense statements. What you will find is the most church income goes towards buildings, utilities, insurance, salaries, benefits, equipment, and programs that typically only benefit club members. It is not uncommon to find that a church spends less than ten percent of its income on actual ministry outside of the four walls of their sanctuary. The bigger the church, the less percentage-wise that is spent on doing meaningful work in the community. A megachurch might talk up the fact that they spent $1 million helping the “least of these” — laudable, to be sure — but $1 million out of a $25 million budget is what? Four percent of the church’s budget. In other words, ninety-six percent of the church’s income is spent in-house. Which is their right to do. Clubs have a right to spend their monies as they see fit. After all, clubs exist to benefit members, not people outside of their memberships. The issue I have is the unwarranted trumpeting of all the “good” Evangelical churches purportedly do in their communities. (If you are inclined to fire off an angry email to me that says your church and pastor are “different,” please send me copies of your church’s income/expense statements — full statements, not a summary. So far, not one Evangelical has done so, but, hey, maybe you’ll be the first.)

If Evangelical churches are clubs — and they are — then success is measured thusly: the more asses in the pews/chairs, the more money in the collection. Asses=money. No asses, no money. What are the two statistics that every congregant and prospective member wants to know? Attendance and church income. Take a look at the average church bulletin or attendance board. What two numbers do you find, regardless of the denomination? Attendance and offering. Churches in the United States — particularly Evangelical congregations — operate much as businesses do. What are businesses most concerned about? Customer counts and revenues. Granted, businesses are also concerned about profit and loss, but churches are given billions of dollars’ worth of tax exemptions and are wrongly considered by the IRS and state tax authorities as tax-exempt non-profits. And even here, churches get to play by special rules that don’t apply to “worldly” charitable organizations. Those organizations are required to file quarterly/annual tax returns, but churches are not. Why should churches and clergy receive these tax benefits? Evangelicals scream about federal tax money supporting Planned Parenthood, yet the taxes paid by non-Christians directly support the operations of Evangelical churches and their ministers. Why should atheists, agnostics, humanists, and other secularists be forced to support Evangelical (and other Christian) congregations? Perhaps, it is time to pull the tax teat away from Evangelicals. Just because a church says it is a charity doesn’t make it one. And why should non-Evangelicals pay for clergy housing and living expenses? Man, all this talk of tax exemptions makes me want to go out and plant a new church: The First Church of the Latter-Day Dude — Ney Branch. (Please see How American Taxpayers Subsidize Churches and Ministers and Should Church Donations be Tax Deductible? and The Johnson Amendment: I Agree With Donald Trump and 21 Things You Might Not Know About Evangelical Churches and Pastors) 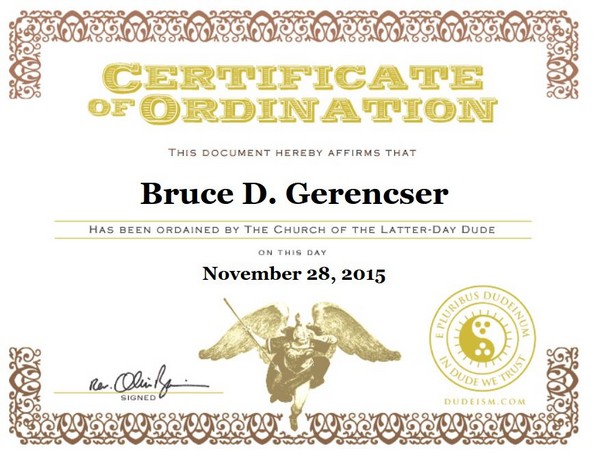 I have participated in countless church business meetings and board meetings over the years. What’s the number one thing talked about at these meetings? Money. How to generate more income and on what to spend it on. Some churches take in far more money than they could possibly spend so they “invest” the money. It is not uncommon for older, established churches to be sitting on piles of cash. I pastored two such churches over the years. Both were sitting on large sums of money. Yet, when I suggested spending some of the money to renovate buildings, expand ministries, increase salaries/benefits, or fund new outreach ministries, why, you would have thought I had asked them for their first-born sons. Come on, that was God, not Pastor Bruce.

Regardless of whether Evangelical churches spend the money as fast as it comes in or squirrel it away in bank investment accounts, the fact remains that church life revolves around money. One the one hand, this shouldn’t be a surprise. Life, for all of us, revolves around money. The difference, however, for Evangelicals is that they purport to believe and practice the teachings of the Bible and set themselves up as some sort of moral authority. If you take the higher moral ground, then you should expect that people are going to hold you to a higher standard. And if you say your life is governed by the Bible, people are going to look at how you and the churches you attend handle money and ask, where is your treasure?

Lay not up for yourselves treasures upon earth, where moth and rust doth corrupt, and where thieves break through and steal: But lay up for yourselves treasures in heaven, where neither moth nor rust doth corrupt, and where thieves do not break through nor steal: For where your treasure is, there will your heart be also. The light of the body is the eye: if therefore thine eye be single, thy whole body shall be full of light. But if thine eye be evil, thy whole body shall be full of darkness. If therefore the light that is in thee be darkness, how great is that darkness! No man can serve two masters: for either he will hate the one, and love the other; or else he will hold to the one, and despise the other. Ye cannot serve God and mammon. Therefore I say unto you, Take no thought for your life, what ye shall eat, or what ye shall drink; nor yet for your body, what ye shall put on. Is not the life more than meat, and the body than raiment? Behold the fowls of the air: for they sow not, neither do they reap, nor gather into barns; yet your heavenly Father feedeth them. Are ye not much better than they? Which of you by taking thought can add one cubit unto his stature? And why take ye thought for raiment? Consider the lilies of the field, how they grow; they toil not, neither do they spin: And yet I say unto you, That even Solomon in all his glory was not arrayed like one of these. Wherefore, if God so clothe the grass of the field, which to day is, and to morrow is cast into the oven, shall he not much more clothe you, O ye of little faith? Therefore take no thought, saying, What shall we eat? or, What shall we drink? or, Wherewithal shall we be clothed? (For after all these things do the Gentiles seek:) for your heavenly Father knoweth that ye have need of all these things. But seek ye first the kingdom of God, and his righteousness; and all these things shall be added unto you. Take therefore no thought for the morrow: for the morrow shall take thought for the things of itself. Sufficient unto the day is the evil thereof. (Matthew 6:19-34)

Want to change my mind about Evangelicalism? Start spending those Benjamins you worship. Start meaningfully ministering to the poor, immigrants, orphans, and the other hurting people. Fire your pastors and staff and tell them to get real jobs. Remove the golden idol from the center of the church, and then you’ll see what people are made of. As it stands now, I don’t see a Christianity that matters. It is unlikely that I will ever darken the doors of a church again, but how about living in ways that would cause me to admire you and the work you do from afar.