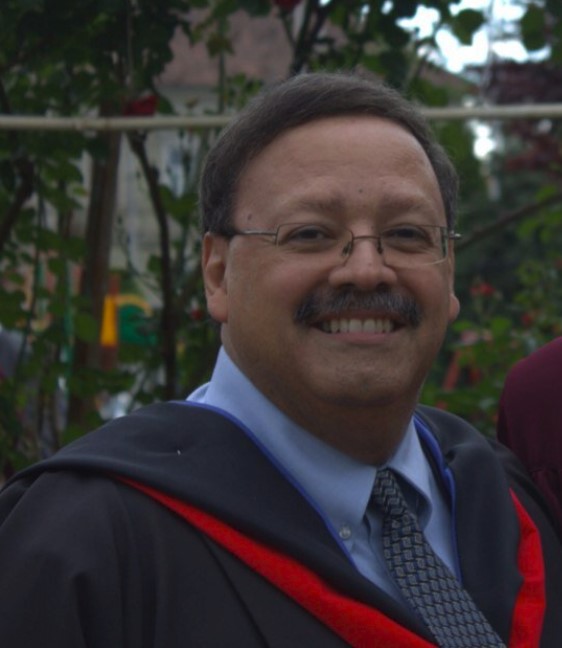 Rick Diego Iglesias, the former senior pastor of Pleasant Valley Church in Winona, Minnesota, has been charged with three counts of first-degree criminal sexual assault, including heightened charges because the good pastor held a position of authority over the victim.

In late July, Winona Police Department investigators interviewed the alleged victim, who reported that he or she was repeatedly abused and raped over roughly three years, from 2010 to 2012, according to the criminal complaint.

Iglesias served as the senior pastor at Winona’s Pleasant Valley Church from 1994 to 2014 and more recently worked as a pastor in Mars, Penn. In a statement, Pleasant Valley Church Senior Pastor Chad Ellenburg called the news “devastating.” He wrote, “We are heartbroken for [Iglesias’] wife, Nancy, and son, Brennan, as we cannot imagine the pain and devastation they are experiencing at this time. We are also hurting for the victim, but thankful that they had the courage to come forward. We are praying for them as well as anyone who might be affected here at Pleasant Valley or in this community.”

“We are also deeply grieved that our former pastor, by his actions and deception, failed to faithfully represent Jesus Christ and his Gospel,” Ellenburg continued. “We have done, and will continue to do, everything we can to fully cooperate with the authorities. We will also continue to support and pray for the family, the victim, and those who will carry the responsibility of pursuing justice in this situation.”

In 2007, Iglesias was interviewed by Trevin Wax for a The Gospel Coalition article. TGC has removed the article from their site, but I was able to find a cached copy of the interview. Here’s an excerpt:

I began by asking Rick about his spiritual background and his call to ministry. Rick grew up in a family environment that took seriously the commands of God. Though his family was Roman Catholic, Rick believes his early family life equipped him for future service in the way that “God was honored, prayer was valued, the church was central and service to others was modeled.” Rick’s religious upbringing shaped his values and experiences.

Rick came to saving faith in Christ during his freshman year in college through the ministry of Campus Crusade for Christ. During those years in college, Rick was discipled by other Christians and through his experiences he received a “greater vision for God’s purpose in the world and my part in that.”

As he began participating in local church ministry and foreign mission trips, Rick began to sense the Lord speaking to him about a calling to full-time ministry. To clarify this call, Rick spent extended times in the Word seeking to discern God’s call on his life. “I recall spending a weekend away during my senior year in college with a pastor friend, and as he prayed over me, he prayed a simple prayer, but one that the Lord used at that point in my life: ‘Rick, be like Jesus! Have compassion on the troubled, helpless crowds that have no Shepherd! Be ashamed to die until you have won a major victory for the unreached of the world.’” God used the encouragement and support of godly men around Rick to clarify his calling. “I’ve always believed that you need a specific call not to be in ministry. God calls us to change the world. I believe He called me through circumstances, the Word, people in my life, and an inner peace that continues to this day,” he says boldly. Though Rick understood that God had called him to the ministry, he had some doubts as to how that would all take place. He served full-time at a church for seven years in a college ministry before going to seminary. His journey to seminary was a leap of faith, for he had no money, time, or desire to devote four years to study. Yet, the Lord spoke through his Word and through the generosity of faithful Christians supplied all his financial needs while in seminary.

“Every time that God has spoken and I have tried to respond with obedience, He has more than met me where I needed Him to be,” he testifies.

Rick has never faced any doubts about being in full-time ministry, although rough leadership meetings or discouraging emails occasionally threaten to steal his focus. During the tough moments of ministry, Rick is sustained by the transformation he sees taking place in his people’s lives. “We have front row seats to the life-transforming acts of God!” he says. Being in ministry is a privilege.

When asked about the necessary character traits that Scripture demands of church leaders, Rick mentions two that encompass many others: a passion for God and a compassion for people. “If you have a passion for God, you will be honest and faithful, and you will love the Word, live out your faith, and develop a whole host of traits that God calls us to exhibit as we walk with Him. If you have compassion for people, you will be compassionate and patient, passionate toward the lost, and a whole host of other traits that we need to model in our relationships with people.” The rubric of “loving God” and “loving people” comes from Jesus himself. Therefore, Rick believes that our character traits will come from this perspective.

Rick’s personal struggle is maintaining an “all-consuming passion for God” every day. Though he prays and spends time in the Word, he finds that a burning passion for God’s presence often eludes him. Rick’s goal is to “be connected to Jesus each and every day, to walk so closely that I hear his heartbeat for the lost, for the least, for the lonely, for those that he places in my path.” Keeping that desire at the forefront of his spiritual life is his deepest struggle.

Rick mentions several ways he protects himself from temptation. He meets with two pastor friends every week for accountability. “I have been meeting with these pastors for over 12 years now, so we are transparent and free to share some of the ugliest aspects of our lives,” he says. He also has safeguards on the computer to ensure that internet pornography does not become a snare. He carries a small card in his wallet that lists all the blessings that come from his ministry and what would happen if he were to fall. “Remember – temptation is an opportunity to do good!” he says.

When asked about temptations that plague other ministers, he lists off character flaws and actions such as selfishness, pride, being an overbearing authority figure, compromising integrity, lack of sexual purity, and lacking balance between ministry and family.

Iglesias resigned from Pleasant Valley Church in 2014. The Winona Post reported at the time:

Although he seems too humble to admit it, Rick Iglesias is the kind of man who cannot walk into a room without a few people rushing over to greet him with a strong handshake or an enthusiastic hug. Iglesias’ magnetism can be attributed to many things, from his friendly demeanor to his ever-present grin, but for many, it is his service as lead pastor of Pleasant Valley Church (PVC) for 20 years that stands out above all. “Our focus is to have a real, strong community presence,” Iglesias said. “[We try to have a] positive impact on the community in many ways.”

After resigning from his position this past fall, Iglesias is still very much active in the Winona community, evidenced from his time spent at Winona Senior High School (WSHS) talking to Spanish classes, as well as the abundance of people who make an effort to stop and thank him for his service over the years. His continued community involvement is not surprising; Iglesias and his wife Nancy have called Winona and PVC home since moving to Southeast Minnesota from suburban Chicago in October of 1994. For the past 20 years they have built a life together that includes their son, Brennan, a senior at WSHS, so it will be a bittersweet moment when Iglesias and his family move sometime after Brennan’s graduation in the spring. “When my wife and I came to Winona, we wanted to get involved in the community,” Iglesias explained. “We want to give back to Winona as much as we can.”

Over his tenure as lead pastor Iglesias has helped to shape the lives of people across many demographics, but he admitted to holding a special affinity toward young adults in the community, including college students and those with young families. “We have really strong ministries with youth,” he explained. “We try to make Christianity practical and accessible.” Prior to arriving in Winona, Iglesias worked at a college ministry, and was surprised at the lack of involvement between the church and Winona State University, Saint Mary’s University and Minnesota State College–Southeast Technical. “Here’s a town with three colleges and frankly, there was not a lot going on,” Iglesias remembered thinking. “We need to focus on the next generation.” In the coming years Iglesias, along with fellow PVC administrators and members, focused on how to involve the younger population of Winona, and started initiatives such as ministries aimed at middle school, high school and college students, Monday night contemporary service, and classes to help with money management and other life skills. “I’ve had college students come up to me and tell me ‘PVC has made all the difference [in] my college experience,’” Iglesias said. “There is no success without successors.”