Quote of the Day: Secularists are a Threat to Traditional (Christian) Moral Order 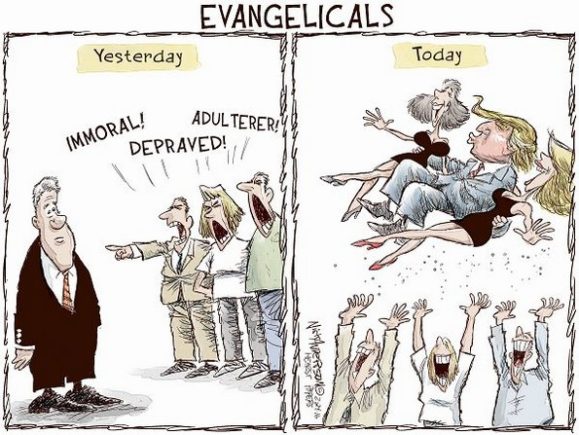 [U.S. Attorney General] Barr gave a fiery speech denouncing the threat to America posed by “militant secularists,” whom he accused of conspiring to destroy the “traditional moral order,” blaming them for rising mental illness, drug dependency and violence.

Consider for a moment how inappropriate it is for Barr, of all people, to have given such a speech. The Constitution guarantees freedom of religion; the nation’s chief law enforcement officer has no business denouncing those who exercise that freedom by choosing not to endorse any religion.

And we’re not talking about a tiny group, either. These days, around a fifth of Americans say that they don’t consider themselves affiliated with any religion, roughly the same number who consider themselves Catholic. How would we react if the attorney general denounced Catholicism as a force undermining American society?

And he didn’t just declare that secularism is bad; he declared that the damage it does is intentional: “This is not decay. It is organized destruction.” If that kind of talk doesn’t scare you, it should; it’s the language of witch hunts and pogroms.

It seems almost beside the point to note that Barr’s claim that secularism is responsible for violence happens to be empirically verifiable nonsense. America has certainly become less religious over the past quarter-century, with a large rise in the number of religiously unaffiliated and growing social liberalism on issues like same-sex marriage; it has also seen a dramatic decline in violent crime. European nations are far less religious than we are; they also have much lower homicide rates, and rarely experience the mass shootings that have become almost routine here.

So what’s going on here? Pardon my cynicism, but I seriously doubt that Barr, whose boss must be the least godly man ever to occupy the White House, has suddenly realized to his horror that America is becoming more secular. No, this outburst of God-talk is surely a response to the way the walls are closing in on Trump, the high likelihood that he will be impeached for high crimes and misdemeanors.

Trump’s response to his predicament has been to ramp up the ugliness in an effort to rally his base. The racism has gotten even more explicit, the paranoia about the deep state more extreme. But who makes up Trump’s base? The usual answer is working-class whites, but a deeper dive into the data suggests that it’s more specific: It’s really evangelical working-class whites who are staying with Trump despite growing evidence of his malfeasance and unsuitability for high office.