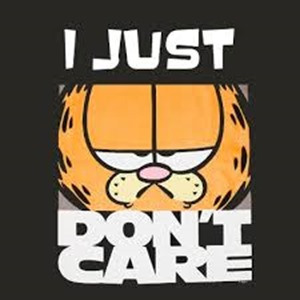 As many of you know, I see a secular counselor from time to time. More than once, he has challenged me over what he considers my naïveté about my fellow humans. For the longest time, I sincerely believed that if I just explained myself to people, they would at least understand where I am coming from.  While they might not agree with me, they would at least understand my viewpoint. I now know that many people, especially Evangelical Christians, aren’t interested in understanding where I am coming from. They are not interested in my beliefs, explanations, or story. Armed with certainty, God living inside of them, and an inspired, infallible, inerrant text in the crooks of their elbows, they already know who and what I am. Nothing I say will change their opinion of me.

These kinds of people think they know the REAL reasons I left the ministry and left Christianity. They are certain they know exactly why I became an atheist. If my telling my story contradicts their conclusions, then I am lying, deceived, delusional, or a con-artist. Because their mind is already made up, anything that does not fit into the narrative they believe to be true is rejected out of hand. One commenter told me years ago, Bruce, I know you better than you know yourself. I think there are a lot of Evangelical Christians who think this way about me. They think their special relationship with God gives them an understanding of me that other people might not have. Most of these people have never met me and the only things they know about me are what they read on this blog. They are quite certain that they know me inside and out.

When I tell them I left Christianity primarily for intellectual reasons they don’t believe me. There must be some other reason, perhaps a “secret” reason why I am no longer a Christian. They cannot imagine how anyone, having all the training and experience I have, could ever intellectually reject Jesus Christ. They are like people who drive Fords. They love driving a Ford, and because they love driving a Ford, everyone else should too. They can’t imagine ever driving any other car but a Ford. When asked what kind of car their parents drove, they will proudly say, a Ford! It never dawns on them that perhaps the reason they drive a Ford is because their parents drove a Ford. They are convinced they drive a Ford because it is better than every other automobile make, even though they have never driven any other make of car but Ford.

Most of the atheists/agnostics I know were Christians before they became an atheist/agnostic. Many of them were serious, devoted followers of Jesus Christ. They attended church regularly, were active in the church, read and studied their Bible, prayed regularly, and financially contributed to the church. In every way they were true-blue Christians.

These atheists, like myself, reached a place where they began to have doubts questions about the Bible and Christianity. These doubts and questions led to more doubts and questions. They never intended to not be Christian, but as they read and studied they came to the conclusion that they could no longer believe the tenets of Christianity. They lost their faith in God, the Bible, and Christianity. Few people can understand the pain and heartache that they faced and continue to face as they walked away from that which was once most precious.

Many of my critics assume that I jumped from fundamentalist Christianity to atheism. They refuse to take a careful look at the path that led me to where I am today. It goes something like this:

I tried to find a natural stopping point as I slid down the slippery slope, but I couldn’t. No matter how much I tried to shut off my mind to the questions, they would continue to come to the forefront of my thinking and demand answers. It is the seeking of answers that finally led me to where I am today, and will lead me to where I will be tomorrow.

Many of those who refuse to accept my story at face value are sure that there is some other underlying motive for my unbelief. Brad, a  commenter on a post I wrote about Steven Furtick, is an excellent example of this. Here is what he had to say:

I’m sorry to hear that you left the ministry and even more that you decided to leave Christ for a life of Atheism. I do agree with some of your comments about Furtick and his financial lifestyle.

I actually relate more with the approach of Francis Chan, as described in his book Crazy Love, which I’m assuming that you are probably familiar with. The reason I wanted to comment is because the bigger picture that you are missing is salvation. No matter if Furtick is making poor decisions regarding his finances, that does not change his salvation.

I’m concerned for you Bruce. I understand that I came on your website and read your blog, but as a Christian and believer in Christ, I feel like that someone needs to simply remind you of God’s grace, mercy, forgiveness, and unfailing love. I wonder if you were hurt somehow in the church?

Why did you serve God for so many years and then decide to leave from the protection and shadow of his ‘wing’? If you were hurt in the church, I’m sorry for that. You can’t however, hold God accountable for something one of his crazy kids may have done! I had a bad experience at Wal-Mart one time, but I still go back and buy my groceries there!

I will pray for you and believe that you will come back to Christ. I am a licensed therapist (Masters in Counseling) and an ordained minister and I own a private practice and work with hurting people everyday. My experience is that hurt people, hurt people! I think there is a possibility that you are hurt and bitter. Maybe not. I do know that you are confused because you left God’s calling for your life! Peter Pan, you have forgotten how to fly! Don’t worry, God still loves you more than you could ever imagine. Prodigal son, when are you going to return to your Father?

Brad thinks there is an underlying reason for why I am no longer in the ministry and no longer a Christian. He made no effort to read anything else I wrote but the Steven Furtick post, and based on that post he read he “intuited” that I must be hurt.

I want to conclude this post by dealing with the notion that the reason I deconverted was due to some underlying emotional issue. For the longest time, I refused to see my deconversion as anything other than an intellectual pursuit. I knew that admitting that I was angry, jaded, cynical, or hurt would allow critics to dismiss everything else I wrote. All that would matter to them is that I left Christianity for some other reason than an intellectual one.

This coming September, it will been thirteen years since I pastored a church and seven years since I walked away from Christianity. As I continue to analyze and understand why I no longer believe, I now know the reasons are many. While the intellectual reasons are certainly the main reason I no longer believe in God, I now know that there was/is an emotional component to my deconversion.

Was I hurt in some way? No. There was no crisis event that led me to renounce my faith. There were five years between pastoring my last church and my loss of faith. During this five-year period, I had numerous opportunities to pastor. I could have started a new church, and as late as 2007,  Polly and I had discussions about starting a church. I even contacted the Quaker/Friends denomination about starting a church in the Defiance, Ohio area. Until the last Sunday in November 2008, when I walked out the doors of the Ney United Methodist Church for the last time, I still thought of myself as a Christian pastor. I knew I was hanging on by a thin thread, but I still thought I could intellectually make it work. In the end, I couldn’t. No one hurt me, no church so injured me that I had no other choice but to leave Christianity. If anything, my deconversion was more like a married couple who loved each other dearly but couldn’t stand to be around each other. My lifelong marriage to Christianity ended, not only for intellectual reasons, but because I could no longer stand to be around American Christianity.

While I can still get angry at belligerent, self-righteous, arrogant, cement-headed Christians, most of the time I just sigh and shake my head as they deconstruct my life or let me know that they know the REAL reason(s) I am not in the ministry or why I am no longer a Christian. I now know that I cannot make the blind see or the deaf hear. While I can readily accept their confession of faith in Jesus Christ at face value, they cannot grant me the same respect. I suspect this is because of who I am.

I am not just a generic, run-of-the-mill Christian turned atheist. I am not someone who was raised in the church and then when I became an adult, rejected the faith of my parents. I am a man who spent fifty years in the Christian church. I am a man who started preaching when he was fifteen. I pastored Evangelical churches for twenty-five years. Even among the apostate pastors who are prominent today, I have more time on the job than most. Many pastors who deconvert do so after five or ten years in the ministry. Rare is the man who spends fifty years in the Evangelical church and walks away from it all.  I think this is the real reason many of my most vocal critics try to reduce me to dog shit on the bottom of their shoes. I wonder if they, deep down, fear that if someone such as I can lose my faith, that it is possible they can too? Perhaps when the doubts and questions they say they never have come to the surface in the still of the night, those doubts and questions have my face. Perhaps they are like a few former parishioners who cannot talk to me anymore because they find my deconversion so unsettling? They wonder, how can this be? How can Pastor Bruce be an atheist? He led me to Christ, he baptized me, he taught me the Bible, he loved me, cared for me, and prayed for me. If Bruce is an atheist, is the faith of anyone safe?