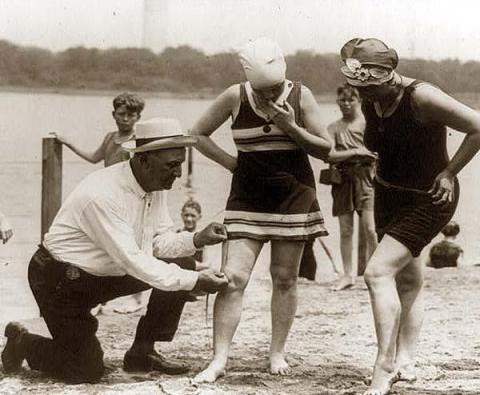 As I have shared before, Evangelical young men are taught that they are weak, pathetic creatures easily led astray by mere exposure to too much female flesh. A little cleavage or a tight blouse has led many an Evangelical man to the slaughter.  Instead of being taught to own and control their sexuality, many Evangelical men whine, moan, and complain about women “tempting” them to sin. Well, the moaning part is them masturbating after seeing too much of Sister Sue. Let me give an example of this kind of thinking. A year ago, Homeschooler’s Anonymous published a 2006 letter written by two Patrick Henry College (PHC) male students to the female students of the college. For those not familiar with PHC, it is fundamentalist Christian college in Purcellville, VA. Michael Farris, of Home School Legal Defense Association fame, is the chancellor. According to Wikipedia, PHC has 320 students.

Here’s an excerpt from the letter:

…We rejoice to say that the women at Patrick Henry are, overall, some of the most conscientiously-dressed ladies it has ever been our joy to meet. And we have seen a number of our sisters here grow in this area over the past few years. However, we must in honesty say that there are many who could do better. We do not believe that there is a general wicked desire to “cause a brother to stumble”—quite the contrary. You all show great love and care for us. But many Christian women, probably a large majority, simply do not understand the depth and extent of the foul perversity of the male mind. (If you’re a man and some part of this doesn’t apply to you personally, just assume we’re only talking about ourselves at that point.)

We have a duty as brothers in Christ to guard the purity and holiness of our sisters, which means restraining how bluntly we speak. On the other hand, part of that duty is to help you understand the problem. To avoid causing offense for our own sake, all the most explicit bits are taken directly from Scripture. Anyone who finds God’s authoritative written revelation inappropriate is advised to skip this section.

You’ve heard this before, but we’ll say it again: men are visually wired. A man notices a pretty female walking by. His eyes lock on, his brain clicks in (we mostly tend toward one-track minds). He is attracted to her. Attraction, when left undirected, leads naturally to desire.

If she’s his wife, all is well. In itself this visual attraction is a good thing. A man is supposed to look upon his wife and be drawn to her beauty. Please, please, ladies, don’t confuse the abuse of the thing with its good and proper and holy purpose in God’s plan. Husbands are not merely allowed but commanded to take pleasure and fulfillment in their wives’ physical beauty: “Let your fountain be blessed, and rejoice in the wife of your youth, a lovely deer, a graceful doe. Let her breasts fill you at all times with delight; be intoxicated always in her love” (Proverbs 5:18-19). This intoxication is a blessed fact and should be a cause for great rejoicing. As C. S. Lewis says in a very similar context, “God likes it. He made it.”

But there is a great deal of abuse. If the attractive female wandering by is not the man’s wife (and mathematically, the odds tend that way), then there’s a nifty Biblical phrase for desiring her: “lusting after her in your heart.” We’ll leave out the details; you don’t want to know. Suffice it to say that he wants to be intoxicated and filled with delight too. As Solomon says in that passage we declined to quote from earlier: “I will climb the palm tree; I will take hold of its fruit.” It’s all right for Solomon, he’s talking about his wife, but many of us are not married. Of course most men—here at least—are decent enough not to actually do anything much; but that’s beside the point. The man has spoken these words to himself. He has made the act of volition…

…We are not trying to blame you for our sin. Rather, as a warrior with many wounds, on behalf of ourselves and these our brothers, we are asking for allies. This is a cry for reinforcements, lest the battle go to the enemy. We are sorely pressed on every side. This is no exaggeration: we need all the help we can get. We don’t need to be struck down from behind by friendly fire.

Remember, Adam’s sin was Adam’s, but that doesn’t mean God held Eve guiltless in the affair.

Eve tempted her husband, and God cursed her for it.

If we give in to temptation, we are judged; but if you deliberately tempt us, you are judged, whether we give in or not—even whether we notice or not. The sin is not in successfully tempting a brother, but in trying to do so. The immodest swimsuit is still immodest and sinful even if there happen to be no guys on the beach that day—if you decided to wear it because you hoped there would be. Deliberately choosing the barely-too-tight top is still immodest and sinful, even if the RA catches you before you make it out the door…

…But let us also offer a warning. Although women almost never completely realize the extent to which (or the ways in which) they can affect men, most women are aware on some level that certain things attract men. And women like to feel attractive. This is natural; we have already said that you are created to be beautiful. But we have also said that the purpose of attraction is enjoyment.

Please be careful of this desire to attract. It is a good thing; but it is easy to misuse. Many females drive us to ask some pretty unpleasant questions.

If a woman does not want to be the subject of wicked imagining, why does she provide so much scope for the imagination? If she does not intend to be suggestive, why does she tantalize with hints, peeks, glimpses, suggestions?…

…Some articles of clothing are just irredeemably scandalous (in the Greek sense of “causing to stumble”), but many others may be immodest on one woman and perfectly modest on another, and not simply because of physical differences. (Just be careful of the “Well, it could be immodest, but I’m not wearing it like that” argument.) Any woman can be immodest “by accident,” but she is far less likely to do so if she has sisterly love in mind as a deliberate daily goal. “Seek first the kingdom of God and His righteousness, and all these things will be added to you.” Modesty flows from a heart devoted to the service of God.

“Likewise, I want women to adorn themselves with proper clothing, modestly and discreetly, not with braided hair and gold or pearls or costly garments, but rather by means of good works, as is proper for women making a claim to Godliness.” (I Timothy 2:9-10)…

You can read the entire letter here.  These two men took over 4,000 words to tell the women of Patrick Henry College that they are making them lust. Lest you think that PHC women are running around half-naked, here’s the dress standard for women:

Under the Business Dress section for women, the Student Life Handbook states:

These standards, when compared to those of other fundamentalist institutions, are quite liberal. 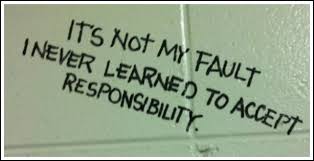 This letter reflects the common notion among Evangelicals that if a man lusts after a woman it is her fault. While the letter writers try to distance themselves from the suggestion that they are “blaming” PHC women for their lust, their argument loses its force when they demand that the women dress in ways that will not cause them to be tempted. Based on the Student Life standard for female dress, what could PHC women possibly be doing and wearing that would cause these poor, weak men to lust?

These men have likely been schooled in a Puritanical form of morality that requires women to be the moral gatekeepers. It is up to women to keep men from lusting after them.  After all, men will be men and they can’t help themselves; it’s just how they are wired. Instead of embracing their sexuality and realizing that it is quite normal to be physically attracted to women and to admire their beauty, they are taught that such feelings and desires outside of marriage constitute sin (even though these very desires will likely draw them to the woman they will someday marry).

These men need to be taught to look but not touch and if they are being tempted to touch then it is their problem, not the woman’s. They need to grow up and take control of their sexuality and not blame others for their own perceived weakness. I say perceived weakness because I think this weakness is a manufactured one brought on by a fundamentalist interpretation of the Bible and fundamentalist moral/social standards.