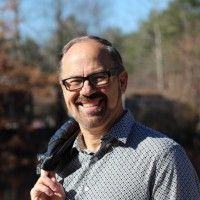 Here’s the raw, naked truth: Homosexuality is actually a demon spirit. It is such a putrid smelling demon that other demons don’t even like to hang around it. A genuine prophet of God told me that the Lord allowed him to smell this demon spirit, and he got sick to his stomach. And yet as humans, many embrace this demon. Yes, you heard me right. Being gay is demonic.

There is an account in the Bible where Jesus casts out 2,000 demons out of a man. The demons came out screaming and begged Jesus to send them into the pigs. The pigs didn’t want them, so they ran down a steep hill and were drowned in the sea. Pigs have more sense than some humans. People embrace homosexual demons, but the pigs would rather die than be possessed with demons.

“Now a large herd of swine was feeding there near the mountains. So all the demons begged Him, saying, ‘Send us to the swine, that we may enter them.’ And at once Jesus gave them permission. Then the unclean spirits went out and entered the swine (there were about two thousand); and the herd ran violently down the steep place into the sea, and drowned in the sea” (Mark 5:11-13).

From a biblical perspective the rise of homosexuality is a sign that a society is in the last stages of decay. And here is another terrible truth: As people continue to reject God, He gives them over to increasingly immoral and self-destructive activities. There are destructive physical, emotional, and spiritual consequences resulting from homosexual behavior.

All human beings know deep in their hearts that God exists, and they all know something of His moral standards. But people’s unrighteousness leads them to suppress the truth and leads them to believe false views of God and the Bible, and they twist the scriptures to their own destruction, because they know that the truth would require them to repent.

Allow me to school you in Basic Sex 101. If being gay was natural, two men or two women could produce a baby, but they can’t. Their sexual reproductive organs do not complement each other therefore making it impossible for them to procreate. It can never be natural for two men or two women to get married and live together. Our culture’s acceptance and celebration of gay behavior will never make it right. Wrong is wrong no matter how many people are for it. And right is right no matter how many people are against it. Homosexuality is not new. It’s been around for thousands of years. It’s as old as the devil himself.

Bert Farias is the founder of Holy Fire Ministries