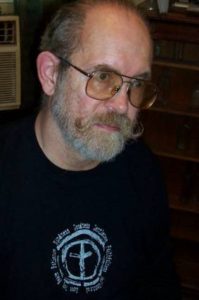 Remember when they booed God at the Democrat National Convention, 2012? It should have told us what we were in for, but Mitt Romney found a way to lose the election in spite of that display.

Now, five years later, we have managed to win a national election—and Democrats are back to booing God. The latest example was at a Republican town hall meeting in Louisiana, hosted by Sen. Bill Cassidy, at which Democrat “protesters”—do they even know what they’re “protesting”?—loudly booed both the opening prayer and the Pledge of Allegiance.

The prayer got them really riled up. “Prayer? Prayer?” cried one incredulous progressive. “Pray on your own time!” bellowed another. And a woman, at the top of her lungs, invoked the name of Lucifer, who runs American leftism when George Soros is otherwise occupied. They got especially raucous at the mention of Jesus’ name; and then they heckled and booed the recitation of the Pledge. At this point we usually hear liberals deny they’re anti-Christian and angrily declare, “Don’t you dare question our patriotism!”

Again, these people are energetically showing us who they are, and shame on us if we don’t listen.

Why do liberals hate God? Because they’re after His job. They want to sit where He sits, and they insist that they can and will do all the things He should have done, but couldn’t do because He doesn’t exist. They, by the brute force of an all-powerful government run by themselves, will wipe out income inequality, abolish hate, war, poverty, disease, and while they’re at it, Save The Planet. And we’ll all live happily ever after as Citizens of the World. They haven’t gotten around yet to offering us forgiveness of sins and eternal life, but they’re working on it.

So they boo God, boo the country, and put up yard signs, as one of my neighbors has done, proclaiming such gems of tolerance and wisdom as “Patriotism is for Scoundrels,” “Blankety-blank Clingers,” “Black Lives Matter,” “Science (they mean Global Warming, evolution, and abortion) is Real”… and, as the bottom line, “Kindness is Everything!” I don’t think I want to know how they define kindness. The Bible has already told me that: “the tender mercies of the wicked are cruel” (Proverbs 12:10). Leftist “kindness” usually involves a lot of barbed wire and piles of dead bodies.

They have cut the cable that anchored them to God, and now try to tie up to the water. Anyone can see how well that works.

Whether or not these liberals are beyond hope of repair is not for us to say. But we need to have our heads examined if we even think about ever again allowing them to run the country. They hate everything we love, and they will take it away from us if they can.