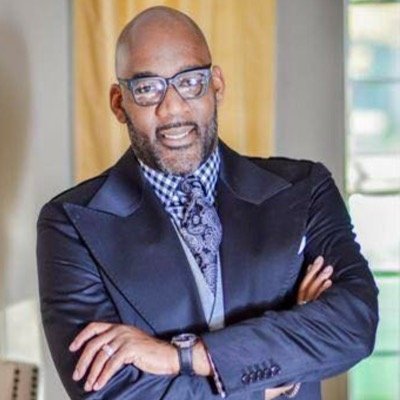 The Rev. Cordell Jenkins, 46, and Anthony Haynes, 37, were taken into custody early today at their Toledo residences without incident, according to the FBI.

Both Mr. Jenkins and Mr. Haynes are accused of knowingly recruiting, enticing, harboring, and transporting people they knew were younger than 18 years old to engage in commercial sex acts, federal officials said.

“We have charged two individuals, but not with any affiliation with the church,” said FBI spokesperson Vicki Anderson.

Ms. Anderson said the FBI received information a few weeks ago regarding allegations of the sexual misconduct involving minors and began an investigation. The crimes are alleged to have occurred over a few years, she said.

Ms. Anderson said she could not provide the victims’ ages or where they were from. Law enforcement officials arrested the two men about 9 a.m. at their residences.

Star Academy of Toledo, a kindergarten through 8th grade public charter school, shares a space with the church. The school was not placed on lock down, but bus pick up was moved from the east side of the building to the west side, where police vehicles were located.

“As a parent, I would be concerned, but all of my babies here in school are safe,” said principal Vincent Riccardi. “None of the staff in the church have anything to do with our kids. We don’t do programs with them. We have no affiliation with Abundant Life Church, other than we happen to share the building, but they’re not in our area.”

Ms. Lloyd-Jenkins is listed as the secretary on the board of trustees for Lucas County Children Services, according to the child protection agency website.

Ms. Lloyd-Jenkins has been on approved leave from her county administrator position since Wednesday to attend to a health-related family matter in California, said County Commissioner President Pete Gerken.

According to Jenkins’ bio on the church’s website: (link no longer active)

Pastor Cordell Arkee Jenkins is man of vision, purpose and prayer. His mission in ministry is to make strong the weak, to mend the broken and to heal the wounded. He is committed to preaching the Gospel to every ethnicity and every nation-to tell a dying world about Jesus.

Born in Cleveland, Ohio and raised by his faithful parents Bishop Chorrethers and Pastor Stephanie A. Jenkins, Pastor Jenkins received visions as a child of how Christ wanted him to serve in ministry. Constantly surrounded by harvest workers he learned the importance of obedience to the voice of God.

After completing his education in the Cleveland Public School System, Pastor Jenkins journeyed to Salisbury, North Carolina to attend Livingstone College majoring in Political Science. During this time period in August 1994, he accepted this call to preach the Gospel.

Never wanting to be idle in his work for the Kingdom and community, Pastor Jenkins has been involved with several organizations including several chapters of the NAACP, Brothers United for Change Advisory Board, Single Parent’s Harvest, the Interdenominational Ministerial Alliance, the Black Methodist Fellowship and served for Toledo Public schools as a Linkage coordinator. He currently resides on the board of directors for the Toledo Urban Federal Credit Union.

Pastor Jenkins and Abundant Life Ministries are active members of Perfecting Fellowship International of a sisterhood of churches presided over by Bishop-Elect Marvin L. Winans. This fellowship of churches are both stateside and abroad that encompasses congregations from various states including New York, Texas, Florida, Alabama, London and South Africa; all of which meet annually for church growth, leadership training, community outreach and convocations packed with teaching, preaching and worship.

Pastor Jenkins is happily married to First Lady Laura C. Lloyd-Jenkins. He and his wife desire to be living examples of Christ’s love in the church and in the community. His personal motto is “I can do all things through Christ who strengthens me.” Philippians 4:13.

According to ABC-13, Jenkins’ partner in crime Anthony Haynes is also a pastor.

A Toledo church that was formerly lead by a pastor charged with sex trafficking and sexual exploitation of children has a new name.

The former pastor, Cordell Jenkins was arrested in April.

Bishop Marvin Winans of Detroit will oversee the church, while maintaining his congregation in Detroit.

The church is also looking to downsize and move into a smaller location for financial reasons.

Jenkins and another pastor, Anthony Haynes, were indicted on federal charges of sex crimes with a teen.