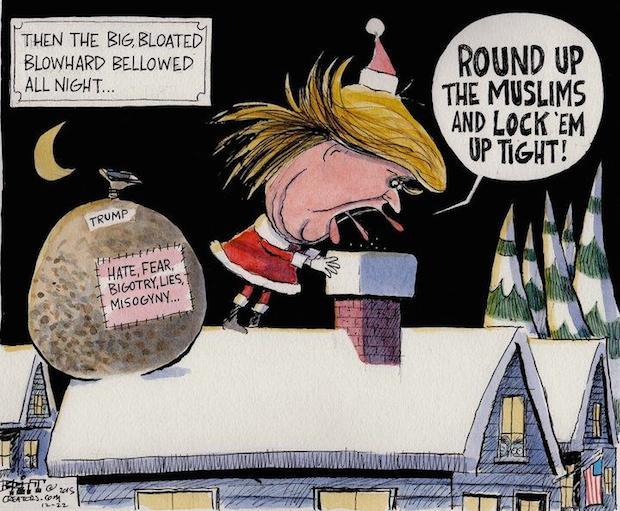 In a post titled, Texas Church Massacre Has Haunting Muslim Aspect, Fundamentalist Steve Van Nattan dispenses advice to pastors and churches on how they can protect themselves from Muslim terrorist attacks. Enjoy!

The Facebook page of First Baptist Church of Sutherland Springs, Texas has comments below many posts made by people with Muslim names. Some were comments with no message, just a name.

The US Government crime investigating agencies will see these Muslim names, but the official word will be that there is no connection to Islamic terrorists. The US Government is desperate to convince Americans that terrorist acts are only one off generic crimes.

The moral we must take away from this information is that churches need to watch their Facebook pages carefully. If you see Middle Eastern names coming up in the Comment section of articles, you need to double security around your church.

You cannot expect the US Government, or even your local law enforcement, to take Islamic terrorism seriously. The common attitude of national leaders toward Islamic terrorists is that it will not get any worse than it is now. Furthermore, there really is nothing the US Government can do to prevent acts of terror by ISIS, ANTIFA, and other such terrorist groups. They have a wide open nation in the USA in which to choose targets and attack.

YOU ARE THE ONE, PASTOR. Either you will take aggressive measures in security for your church, or you could be the next target.

I have a couple of suggestions which 99% of you Baptist pastors will tell me are heresy. You are a jack ass if you wait until over half your people are in the morgue before you take this seriously. And, as usual, I say that in all good Christian charity.

4. Preacher, YOU must have a permit to carry, and carry everywhere you go. Have your handgun in the pulpit when you preach. You have the best shot at a gunman, and he will be looking to kill you first. If you want to stay alive and protect your people, you will be prepared. Just do not leave your gun laying around carelessly. Also, go to a shooting range, and set a target at the distance of you pulpit from the front door. Do not stop practicing until you can put a group the size of your hand in the heart of the target image. Also, learn to shoot for the head. These creeps wear body armor.

6. When you see a man with a gun enter the door, or you hear “Allah u Akbar,” shoot to kill. If the man has a machete, order him to drop it or be killed. Make sure your security man in the entrance of foyer is not in the line of fire from the pulpit to the front door so that you can shoot without worrying about hitting your own man. Keep one man outside the church house moving about watching anyone approaching the church. Strangers need to be sent away, even if the security man must pull his gun to stop the stranger. Require your security people to go to a rifle range and do target practice regularly. Discuss your plan if a car comes at the church trying to run over people. Every gun should be out and firing at the driver through the windshield. You may want to have large stone blocks brought in and placed around the entrance.