Why Our Christians Friends Leave Us When We Deconvert 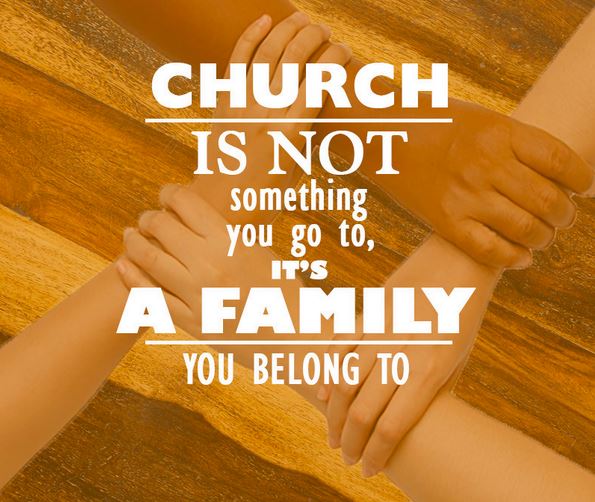 One thing being a part of a church does for us is give us a community through which we find meaning, purpose, and identity. I spent the first fifty years of my life in the Christian church. For many years, I attended church twice on Sunday and on Wednesdays for prayer meeting. These church families I was a part of were central to my life. Most of my friendships were developed in connection with the church and my work as a pastor. I spent twenty-five years pastoring Evangelical churches in Ohio, Texas, and Michigan. I developed scores of friendships, not only with congregants but also with colleagues in the ministry. As a pastor, I would attend pastor’s conferences and meetings. It was at these meetings that I had opportunities to talk with my preacher friends, sharing with them my “burdens.”  We would laugh, cry and pray together, knowing that the bond we had as fellow followers of Jesus and God-called preachers of the gospel was rooted in loving each other as Christ Jesus loved us.  A handful of preachers became close, intimate friends with my wife and me. Our families would get together for food, fun, and fellowship — hallmarks of Baptist intimacy. We saw vulnerabilities in each other that our congregants never would. We could confide in each other, seeking advice on how to handle this or that problem or church member. When news of church difficulties came our way, we would call each other, or take each other out for lunch. These fellow men of God were dear to my heart, people that I expected to have as friends until I died.

As a teenager, I had lots of friends, male and female. Most of my friends were fellow church members, though I did have a few friends in the “world.” I always found it easy to meet new people and make friendships. I had no qualms about talking to complete strangers, a gift that suited me well as a pastor. As a nineteen-year-old boy, I enrolled for classes at Midwestern Baptist College in Pontiac, Michigan. I quickly made a lot of new friends, including one who sleeps beside me to this day. I lived in a dorm room with three other men. Virtually every waking hour of my life was spent with fellow students — at church, school, and social events. As anyone who has ever lived in a college dormitory will tell you, dorm life is busy and full of activity. Practical jokes were an everyday occurrence, and, as an expert joker, I found great satisfaction in pulling one over on my fellow students. I lived on a dormitory wing that was labeled the “party” wing. The other dormitory wing was called the “spiritual” wing. My fellow party-wing residents loved Jesus, but they loved having a good time too. The spiritual wing? They loved Jesus too, but frowned on doing anything that might be perceived as bawdy or mischievous.

One day, a pastor by the name of A.V. Henderson preached at chapel (students were required to attend chapel five days a week). I have preached and heard thousands of sermons in my lifetime. I remember very few of them. I do, however, vividly remember Henderson’s sermon, even forty years later. Henderson was the pastor of Temple Baptist Church in Detroit. Temple was an Independent Fundamentalist Baptist (IFB) megachurch founded by Baptist luminary J. Frank Norris and later pastored by G.B. Vick. The 1970s were the zenith of the IFB church movement. Most of the largest churches in the United States were IFB churches. Churches such as Temple Baptist were pastored by men who were great orators and pulpiteers. Henderson was no exception. Henderson’s chapel sermon was from the book of Job. It was, by all counts, a thrilling, rousing sermon. However, Henderson said something during his sermon that I didn’t, at the time, understand. He said, with that distinct Texas drawl of his, that people will go through life with very few true friendships; that most people were fortunate to have two or three lifelong friends. I thought at the time, what’s he talking about? I have lots of friends! Forty years later, I now know that A.V. Henderson was right; that true friends are rare indeed; that if you have two or three such friends, you should consider yourself fortunate.

The friendships of a lifetime are now gone — all of them, save my friendship with an Evangelical man I have known for fifty-two years (we walked to elementary school together). A.V. Henderson’s words ring true. I have one friend who has walked with me through every phase of my life. The rest of my “true” friends have written me off (2 Corinthians 6:14), kicked the dirt off their shoes (Mark 6:10, 11), or turned me over to Satan for the destruction of the flesh (I Corinthians 5). I was naive to think that it could be any other way.

Many people believe in unconditional love. I know, at one time, I did. I have learned, however, that unconditional love is largely a myth. (Please read Does God Love Us Unconditionally?) Unconditional love suggests that nothing we do to those we love can break the bond we have with them. Many people carry the notion of unconditional love into their friendships. We think, these people love me, no matter what. They will always be my friends. And then something happens. In my case, I spit in the face of God, pissed on the blood of Jesus, and used the pages of the Bible to wipe my ass, so to speak. I repudiated everything I once believed, and in doing so called into question the beliefs of my friends. The bond that held our friendships together was our fealty to a set of theological beliefs. Once these beliefs were questioned and discarded by me, that bond was irreparably broken. If the connection Christians have with their churches is akin to family, then when people walk away from the beliefs and practices of these families, they are, in effect, divorcing themselves from their family.

Marital divorce tears the bond between husband and wife. When Christians divorce themselves from Jesus, the bonds they have with their friends are ripped asunder. While this divorce can be amicable, most often it is not. My divorce from Jesus and the church was very much like a high-profile tabloid divorce. And even though the judge signed the divorce decree nine years ago, repercussions remain to this day.

I don’t blame my former friends for the failure of our friendships. I am the one who moved. I am the one who changed his beliefs. I am the one who ripped apart the bond of our friendship. I do, however, hold them accountable for their horrendous treatment of me once I deconverted. They could have hugged me and said, I don’t understand WHY you are doing this, but I appreciate the good times we had together. I wish you, Polly, and the kids well. Instead, I was treated like dog-shit on a shoe bottom; a person worthy of scorn, ridicule, and denunciation.  By treating me this way, they destroyed any chance of restoration. Why would I ever want to be friends again with people who treated me like the scum of the earth?

I have spent the past decade developing new friendships. These days, most of my friendships are digital — people that I will likely never meet face to face. This has resulted in Polly and me becoming closer, not only loving each other, but also enjoying each other’s company. For most of my marriage, Jesus, the church, and the ministry were my first loves. It’s not that I didn’t love my children and wife, I did. But they were never number one in my life, and Polly and the kids knew it. I was a God-called man who devoted his life to Jesus and the church. Polly knew that marrying a preacher meant that she and the kids would have to share me with the church. Little did she know that she would spend way too many years getting leftovers from a man who loved her but was worn out from burning the proverbial candle at both ends. Now that religion no longer gets between us, Polly and I are free to forge an unencumbered relationship. We have always loved each other, but what has now changed is that we really like each other too and are best friends. And in Polly I have found one of the true friends A.V. Henderson preached about forty years ago. I am indeed, blessed.