How Do I Explain “Eyewitness” Testimonies of the Resurrection of Jesus From the Dead? 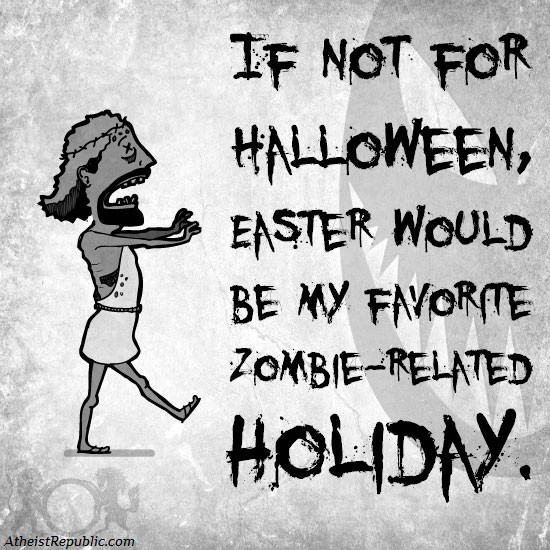 Recently, an inquirer asked me:

Why would somebody think they saw the risen Christ. I do not understand the phenomena going on there. Do you have any insight from your readings? Granted, Islam claims Mohammad flew to Jerusalem on a winged horse and on the way back, saw a caravan – which he then told people the next day and the caravan arrived when he said it would. I am not sure if you know the story, but in general, it is a claim that cannot be easily explained away other than it is just bogus in general.

Why would people say they saw a resurrected Jesus if, in fact, they hadn’t seen him? What possible reason could they have had for lying, right? For some people, this one issue keeps them awake at night and keeps them from walking away from Christianity.  Worried that they might have wrong beliefs or might end up in hell for not believing in the risen Christ, people hang on to ancient myths, thinking that it is better to be safe than eternally sorry.

I could write thousands of words on this subject, but with this post, all I want to do is give a few of the reasons why I think Jesus still lies buried somewhere in Palestine.

First, human history and personal experience tell me that when people die they stay dead. Cemeteries are reminders of the fact that once people die, they ain’t coming back. It’s all about probabilities. If I died today and were buried in a ground, what are the odds that I would miraculously reappear alive three days later? Zero. Nada. Zip. None. Not going to happen. So it is for Jesus.

Second, the only places we find reports about the resurrection of Jesus from the dead are the Bible or from later Christian sources. There are no purely secular reports attesting to the resurrection of Jesus from the dead. All we have is the Bible. Christians, out of hand, reject the notion that Muhammad flew to Jerusalem on a winged horse because it appears in the Quran, a religious text they deem to be mythical and false. Yet, when it comes to the Bible, its stories are viewed as historical facts, narratives of what really happened. Why the duplicity in belief? The simple answer, of course, it that all of us tend to believe as true the stories of our tribes. Christians believe that Jesus resurrected from the dead because they have been told from their youth onward that God’s son, Jesus, died on the cross for their sins, and three days later resurrected from the dead, thereby vanquishing sin and death, and granting to all those who believe eternal life. When this story is drilled into Christians’ head over and over and over again, Sunday after Sunday, year after year, it should come no as surprise, then, that Christians believe Jesus is still alive, biding his time until he returns to earth to make all things new.

Take, for example, Mormonism. Talk about a crackpot, bat-shit crazy, religion, yet millions of Americans believe that Joseph Smith found golden plates translated them. Wikipedia describes the “historical” narrative of Mormonism this way:

Joseph Smith claimed The Book of Mormon was translated from writing on golden plates in a reformed Egyptian language, translated with the assistance of the Urim and Thummim and seer stones. Both the special spectacles and the seer stone were at times referred to as the “Urim and Thummim”. He said an angel first showed him the location of the plates in 1823, buried in a nearby hill, but he was not allowed to take the plates until 1827. Smith began dictating the text of The Book of Mormon around the fall of 1827 until the summer of 1828 when 116 pages were lost. Translation began again in April 1829 and finished in June 1829, saying that he translated it “by the gift and power of God”. After the translation was completed, Smith said the plates were returned to the angel. During Smith’s supposed possession, very few people were allowed to “witness” the plates.

The book described itself as a chronicle of an early Israelite diaspora, integrating with the pre-existing indigenous peoples of the Americas, written by a people called the Nephites. According to The Book of Mormon, Lehi’s family left Jerusalem at the urging of God c. 600 BC, and later sailed to the Americas c. 589 BC. The Nephites are described as descendants of Nephi, the fourth son of the prophet Lehi. The Nephites are portrayed as having a belief in Christ hundreds of years before his birth. Historical accuracy and veracity of the Book of Mormon was and continues to be hotly contested. No archaeological, linguistic, or other evidence of the use of Egyptian writing in ancient America has been discovered.

How is Mormonism any different from Christianity? Shouldn’t we accept their stories as true? After all, they are found in a divine religious text. So it is with the Bible and the resurrection of Jesus. Just because something is found in the Bible doesn’t make it true. There’s no historical reason for anyone to believe that Jesus not only resurrected from the dead two thousand years ago, but is still alive today. I am not saying that Jesus, as a man, is a work of fiction, but the supernatural events attributed to him have no historical foundation. As such, I am free to reject them out of hand. This is why believing in the resurrection of Jesus requires faith, a faith I do not have.

Third, the gospels are not eyewitness accounts, nor were they likely written by the likes of Matthew, Mark, Luke, and John. Whatever the original authors of the gospels might have written, we will never know. Those original documents no longer exist. All we have are copies of copies of copies of copies, with thousands of variants among them. This is why I snort and laugh when Evangelical pastors, thinking they are taking some sort of intellectually superior high road, say that they believe the original documents were inerrant. How can they know this, not having seen the original manuscripts? Again, belief in inerrancy requires faith, a faith I do not have.

While it is possible that extant gospel manuscripts accurately reflect what actually happened, it is far more likely that the stories about the resurrected Jesus were added after the fact. This includes stories about Jesus walking through walls, appearing to his disciples/public without Roman/Jewish authorities finding out, and countless graves being opened, people arising from the dead, and walking the streets of Jerusalem. All of these stories were meant to turn Jesus into a supernatural being. Supernatural religions require mythical stories, so it doesn’t surprise me that Christianity is rife with such beliefs (beliefs, by the way, that continue to change and evolve).

Fourth, why didn’t reports of Jesus’ resurrection from the dead, his post-resurrection exploits, and the dead walking the streets of Jerusalem make it into the news? Surely, a Roman or Jewish writer would have written something down about these earth-shattering events. Yet, apart from the Bible and a handful of Christians sources, history is silent.  Why is that? Perhaps, the silence reflects the fact that these things never happened, that they are, at best, myths used to convey some sort of spiritual meaning.

Fifth, if the resurrection of Jesus from the dead is the central belief of Christianity, why did God make sure that no one wrote anything about it outside of the Bible and a handful of Christian sources? Why hide in obscurity the biggest event in human history? This, of course, can be said about most of the big events recorded in the Bible: Moses and the Israelites wandering in the wilderness, the story of King David, the story of Abraham, the destruction of Sodom and Gomorrah, Noah and flood, and countless other stories many Christians believe are historical facts. Why did the God of creation, the God who controls everything, leave blank the pages of human history when it comes to Jesus’ resurrection and the other important events previously mentioned?

The same could be said of the doctrine of salvation. If the most important decision people ever make is to put their trust and faith in Jesus Christ, why does the Bible present several different plans of salvation? (Please read Can Anyone Really Know They Are Saved? Does the Bible Contain Multiple Plans of Salvation?  Is There Only One Plan of Salvation? If Salvation is by Grace and Not by Works) Why wouldn’t God make it crystal clear as to what we must do to be saved? Perhaps, the reason for all the confusion is that the Bible is not divine, that it a human book written by men with varying agendas.

Let me conclude by saying that the reason that I am not a Christian is that Christianity doesn’t make sense to me. Last April, I wrote a post titled The Michael Mock Rule: It Just Doesn’t Make Sense. Here’s some of what I said:

Consider the following Evangelical beliefs. Do they make sense to you?

Evangelicals routinely make the above assertions without presenting any evidence for their claims — and quoting the Bible is not evidence. These claims are reinforced Sunday after Sunday through sermons, Sunday school lessons, and songs. Through the week, Evangelicals read Christian literature, listen to Christian podcasts and music, and tune in to Christian radio and TV stations. These followers of Jesus are surrounded by people who, minute by minute, hour by hour, and day by day, reinforce these “truth” claims. Having been immersed in Evangelicalism their entire lives, Christians find that these beliefs make perfect sense.

Making sense of Christianity requires faith, a faith that I do not have. I am unwilling (and anyone using Pascal’s Wager in a comment will immediately be banned) to surrender the only life I will ever have in the minuscule hope that Jesus really did resurrect from the dead and that an eternal home in heaven awaits me if I will but believe the gospel and be saved. Besides, based on what I read in the Bible and hear from Christians, heaven doesn’t appeal to me. Spending eternity worshiping a narcissistic deity who consigned billions of people to endless torture for believing in the wrong deity doesn’t sound like something I want to do.

Tagged Bible, Christianity, Evangelicalism, Inerrancy of the Bible, Inspiration of the BIble, Jesus, Resurrection from the Dead, Resurrection of Jesus