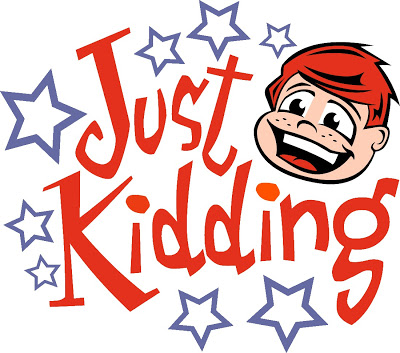 The Southern Baptist Convention recently held its annual meeting in Dallas, Texas. Thanks to numerous allegations of sexual misconduct against Baptist luminaries such as Paul Pressler and Andy Savage, and Paige Patterson’s indifference towards victims of sexual abuse, SBC leaders and messengers came to Dallas prepared to admit that they had shown crass indifference towards women and sexual abuse. With great humility and repentance, they offered up and passed resolutions that called on Southern Baptist pastors to keep their dicks in their pants and demanded SBC churches and colleges pay attention to sexual abuse allegations from congregants and students — mainly women. Wearing sackcloth and ashes, Southern Baptists promised to do better by treating women with respect, recognizing that they play an important part in the lives of SBC churches. And then, quicker than a blink of an eye, Southern Baptists showed everyone who is paying attention that they are not serious about sexual misconduct by pastors and congregants alike. Southern Baptists proved yet again that they can talk a good line, but when it comes to implementing procedures and practices to put an end to the sexual abuse stench rising up from their midst, messengers can’t be bothered with acting morally and ethically. In other words, after days of meetings, the SBC remains a good old boys club in which women are treated as second-class citizens.

One resolution reminded convention attendees that the SBC is committed to complementarianism; that women are weaker vessels whom God commands to submit to their husbands. Women remain barred from church leadership positions, including the office of pastor. As far as the SBC is concerned, it’s still 1950, and women, by God, should know their place! Southern Baptists can try to spin this any way they want, but the fact remains that women are considered inferior, in need of male protection, and it has to be this way because, well, God said so.

Messengers were asked to create a denomination-level, nationwide database of pastors, evangelists, missionaries, deacons, Sunday school teachers, worship leaders, and people with positions of authority who have been accused of sexual misconduct, including rape, sexual assault, and child abuse. This database would allow churches to investigate prospective pastors and church leaders before hiring them. This seems like a no-brainer to me, yet people such as Christa Brown have been demanding such a database for over a decade, without success. What possible reason could Southern Baptist leaders give for their inaction? At the Dallas meeting, church leaders professed their commitment to putting an end to pastor sexual misconduct, sexual abuse, and domestic violence, yet when it came time to pass a resolution to establish this database, messengers punted it to a committee, delaying for another year any serious denominational action on sexual abuse.

Two main arguments are given for their inaction. First, people are demanding that abusers be placed in the database based on allegation alone. Shouldn’t these alleged abusers be treated as innocent until proven guilty? The short answer to this question is hell no. The purpose of tracking allegations is to look for patterns of abuse. Since most abusers and predators go unpunished — often for years — it seems to me that it is unwise and naïve to only track pastors and other church leaders who have been convicted of criminal behavior. I would think churches would want to know if candidates for their open pulpits had been accused previously of sexual misconduct. A single allegation might be dismissed if there is not credible proof, but when a so-called man of God has been accused several times of crimes against women or children (and in a few cases men), at the very least churches should consider the maxim, where there’s smoke, there’s fire. It is highly improbable that a pastor would be accused of similar crimes at several different churches without him being guilty. While women and children can and do make false allegations, such falsities are rare. The reason for this is simple. When women, teenagers, or children make allegations against a church leader, their lives are opened up to scrutiny and criticism. Sadly, Southern Baptist churches, along with their Independent Fundamentalist Baptist (IFB) counterparts, are well known for covering up abuse allegations or making victims think they are to blame for what happened to them. Few women would be willing to expose themselves in this way if their allegations were untrue. The Black Color Crime Series focuses on clergy sexual misconduct. Almost five hundred stories have been posted, yet only a handful of the allegations have not been proven true. When a church woman or teenager says, my pastor sexually abused me, it’s a safe bet that she is telling the truth. Playing the innocent-until-proven-guilty game is just another way for the SBC to avoid having to come to terms with their horrible mistreatment of and indifference towards sexual abuse victims.

Second, Southern Baptists opposed to establishing a database argue that because each SBC church is independent and governs itself, the denomination can’t require them to provide data for the database. While this is certainly the case, it is within the power of the denomination to change its ways. Maybe it’s time to change church polity, and demand that if churches want to be members in good standing then they must report all allegations of sexual misconduct to the denomination. If congregations are expected to report membership numbers, attendance, baptisms, and total offerings, surely denominational leaders can demand that they provide the names of church leaders and congregants who have been accused of criminal behavior. I would think that the major insurance companies that provide insurance for SBC churches could demand database participation in order for churches to receive insurance coverage. Besides, the SBC has booted churches out of the denomination for all sorts of reasons — polity be damned — so is within the realm of possibility for the SBC to establish the database in question and discipline and/or excommunicate congregations who refuse to participate.

As it stands now, the Southern Baptist Convention is providing cover for abusers and predators. No one should expect the denomination to change until they stop their silly games and establish a national database. While doing so will not eliminate sexual abuse and predatory behavior in their churches, it will cut down on offending pastors and congregants moving on to new churches during the dark of the night.

I am not optimistic that the SBC will establish such a database. I’ve had a good bit of interaction with Southern Baptist churches, including pastoring an SBC church in Claire, Michigan. In 2005, I candidated at several SBC churches in West Virginia. The level of dysfunction found in these churches far surpasses that which I experienced in non-SBC churches. One church had a family who had fled from another state over allegations of sexual misconduct. The church took this family in without seriously investigating the allegations against them. Church leaders said, Brother and Sister So-and-So are fine, upstanding Christians. They told us the allegations levied against them were just a BIG misunderstanding. This couple was given free access to young, vulnerable congregants. Most SBC churches are quite small, attendance-wise, so when someone volunteers to “help,” church leaders are quick to accept their offers. Sexual predators count on easy access to new victims. They know how to play the church game. They know how to look the part and say the right things. And once they are given freedom to “minister,” these snakes-in-the-grass slither through the church, misusing and abusing vulnerable adults, teenagers, and children.

The Southern Baptists are worried — panicked, is a better word — over continued decreasing attendance. While the reasons for their decline are many, one obvious reason is that SBC churches are no longer considered safe havens. I am of the opinion that if parents plan on attending church, they shouldn’t let their children out of their sight. And since many of the sexual abuse scandals revolve around youth pastors and youth workers, parents should not allow their teens to attend youth meetings or entertainment activities. Church leaders can no longer be trusted to do the right thing. Congregants should stop providing their children as sacrificial lambs for predators. Just because a church conducts background checks on its employees and ministry leaders doesn’t mean that there is no risk for abuse. Many churches only conduct a criminal background check one time. This is why a national, denomination-wide database of abuse allegations is so important. The existence of a database forces congregations and their leaders to be accountable for what goes on in their churches. And at the end of the day, accountability is all that matters. Families deserve a safe place to worship their God, and churches who refuse to provide such safety should be outed, ridiculed, and banished. Surely Christians will agree with me when I say that churches who don’t protect the most vulnerable among them don’t deserve continued existence. As far as the Southern Baptist Convention is concerned, the ball is in their court. It will be interesting to see what they do in the coming months to address clergy sexual abuse and sexual misconduct in general. Past experience tells me nothing will be done. Why? Because politics, the culture war, and internecine fighting over Calvinism, women preachers, and LGBT congregants are far more important than protecting the least of these. If Southern Baptists can’t protect church children and teenagers, then perhaps it’s time to put a millstone around said Baptists’ necks and cast them into the sea. Perhaps, then, their floating, rotting, bloated corpses will provide an object lesson to other sects and churches of what happens when church leaders turn a blind eye to abuse.