Quote of the Day: Thoughts on Morality by Bob Seidensticker 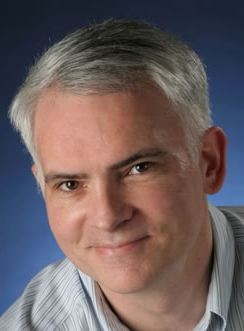 On the topic of morality, [Evangelical Frank] Turek couldn’t resist a Holocaust reference. He showed a photo of the Buchenwald concentration camp with stacks of dead bodies. He said,

If there is no god, this is just a matter of opinion.

The statement “I like chocolate” is just an opinion. By contrast, I wouldn’t call “I recommend we declare war” in a cabinet meeting just an opinion, but that’s a quibble. If Turek wants to say that both are conclusions grounded in the person making the statement and nothing else, I agree. The same is true for “the Holocaust was wrong.”

What alternative does Turek propose?

Turek imagines a morality grounded outside of humanity. He would probably agree with William Lane Craig’s definition of objective morality, “moral values that are valid and binding whether anybody believes in them or not.”

The other explanation for morality

But there’s no need to imagine Turek’s universal moral truth when we have a better alternate explanation: universally held moral programming. We’re all the same species, so we have similar responses to moral questions. That explains things nicely without the unsupported assumption of a supernatural being.

Turek confuses the degree of outrage (which, for the Holocaust, is quite high) with the degree of absoluteness. He seems to imagine that the more emphatically we think that the Holocaust was wrong, the more objective that moral opinion must be, but why imagine this? He provides no evidence to support universal moral truth or to reject the obvious alternative, universally held moral programming.

Let’s take a step back and consider his example. God allows 11 million innocent people to die in the Holocaust, and Turek thinks that this is an example supporting his side of the ledger?

Morality also changes with time. In the West, we’re pleased with our abolition of slavery and the civil rights we’ve established, but these aren’t universals. The modern views on these issues contradict the Old Testament’s, but none of us cling to the Old Testament view. Turek’s objective morality doesn’t allow change with time.

Turek listed things that must be true if God doesn’t exist. First, “The Nazis were not wrong.” If morality is an opinion, the Nazis had an opinion and the Allies had an opinion. We said they were wrong; they said we were wrong. Stalemate.

Nope—dude needs a dictionary. He’s confusing morality with absolute morality. I agree that the Nazis were not wrong in an absolute sense. But they were still wrong (from my standpoint) using the definition of morality in the dictionary, which makes no reference to an absolute grounding.

He continues his list with more examples of the same error: love is no better than rape, killing people is no different than feeding the poor, and so on. In an absolute sense, he’s right; he just hasn’t given any reason to imagine that morality is based in absolutes. Drop the assumption of absoluteness, and nothing is left unexplained.

Why the insistence on objective or universal or absolute morality? We don’t have any problem with shared (rather than absolute) ideas of other concepts like courage, justice, charity, hope, patience, humility, greed, or pride. Again, the dictionary agrees. None of these have an objective grounding, and the earth keeps turning just fine.