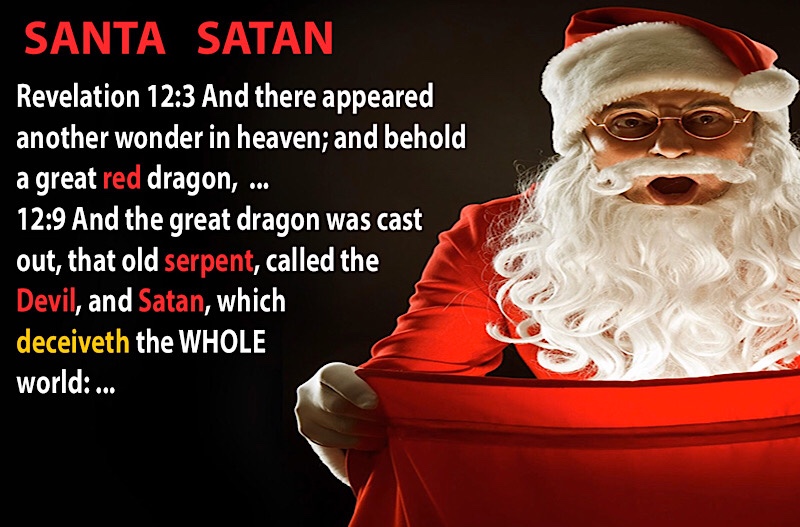 Christmastime can be so much fun when you have children. Many of us remember the excitement of Santa, the Christmas tree, and presents from our own childhood. They’re happy memories, and we want to recreate those for our children.

But as Christian parents, our first priority isn’t fun, it’s obedience to Scripture. Yet is there a way to make Christmas merry for our children while still upholding God’s Word? Is Santa patently unbiblical?

No, he doesn’t have to be, as long as he keeps his sleigh parked inside the parameters of Scripture. Let’s take a look at some of the ways Santa can be unscripturally naughty, and how godly parents can keep him nice and biblical.

Santa Claus isn’t real. If you tell your children he is, or that he is the one who brings their presents, or that he knows whether they’ve been naughty or nice, you’re lying. The Bible says that lying is a sin, period. There’s no exception for jolly old elves who pass out toys (or for tooth fairies or Easter bunnies, either, for that matter). And not only is lying a sin, it is extraordinarily hypocritical to lie to your children about Santa Claus and then turn around later and punish them when they lie about something. Lying to your children about Santa Claus teaches them that it’s OK to lie (i.e. sin) when you want to or when it would be to your advantage.

He sees you when you’re sleeping
He knows when you’re awake
He knows if you’ve been bad or good
So be good, for goodness’ sake!¹

Uh uh. No way. Omniscience is an incommunicable attribute of God. He is the only One who has the power to see and know all things, and it is an insult and an affront to Him to even suggest that a mere mortal – let alone a fictional character – has the same power and knowledge that He has. In reverence and awe for God’s preeminence, we should never ascribe to others the things that belong to God alone.

Santa Claus teaches works righteousness. In St. Nick’s economy, good behavior earns a reward (presents). Bad behavior earns punishment (coal). If you’ve ever shared the gospel with anybody, that will probably sound familiar. Most lost people think that’s what Christianity is. If you’re a “good person” God is happy with you and you’ll go to Heaven. Hell is the punishment for “bad people”: Hitler, murderers, and rapists. This is not what the Bible teaches, either about salvation, or about why children should obey their parents.

— Michelle Lesley, What should we tell our kids about Santa Claus?, December 2, 2019