Donald Trump, Thieving Democrats, God is Pro-Life, And Jesus is the Cure for Heroin Addiction 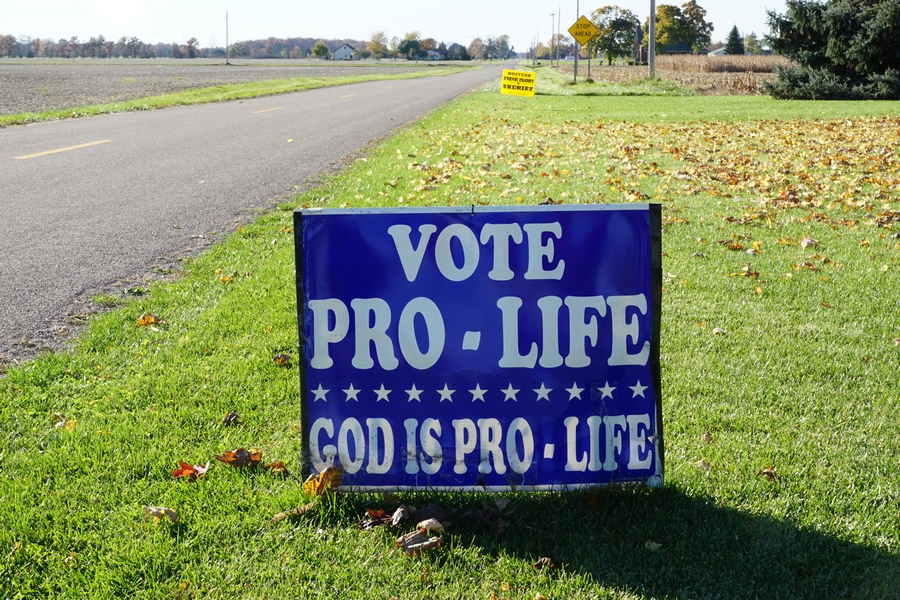 Evidently, the person who put up this sign has never read the Bible. Had they bothered to do so, they would have found out that God is definitely not pro-life. 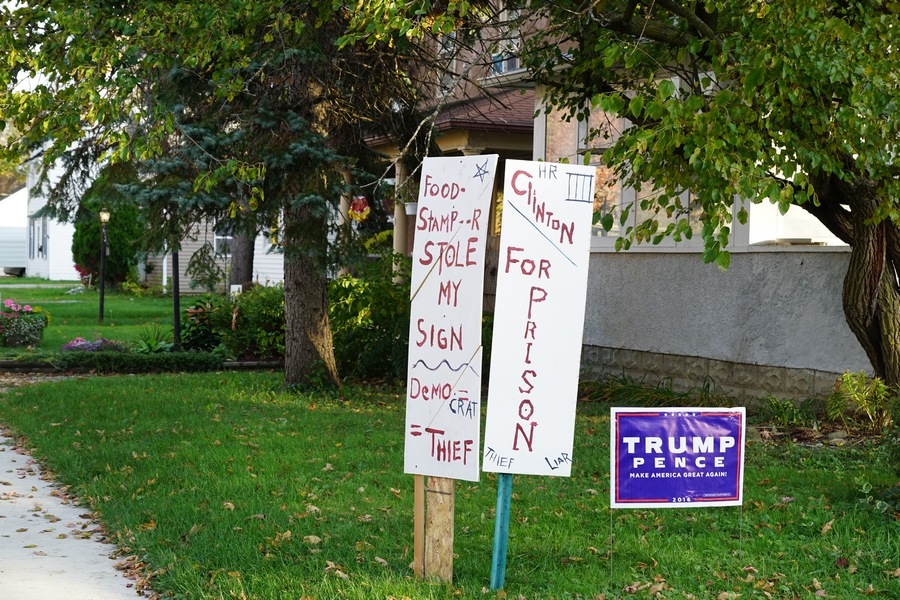 This sign would be hilarious if it wasn’t for the fact that the person who put it up really believes these things. Come Wednesday, I am sure she will be screaming long and hard about how Democrats stole the election from Donald Trump. 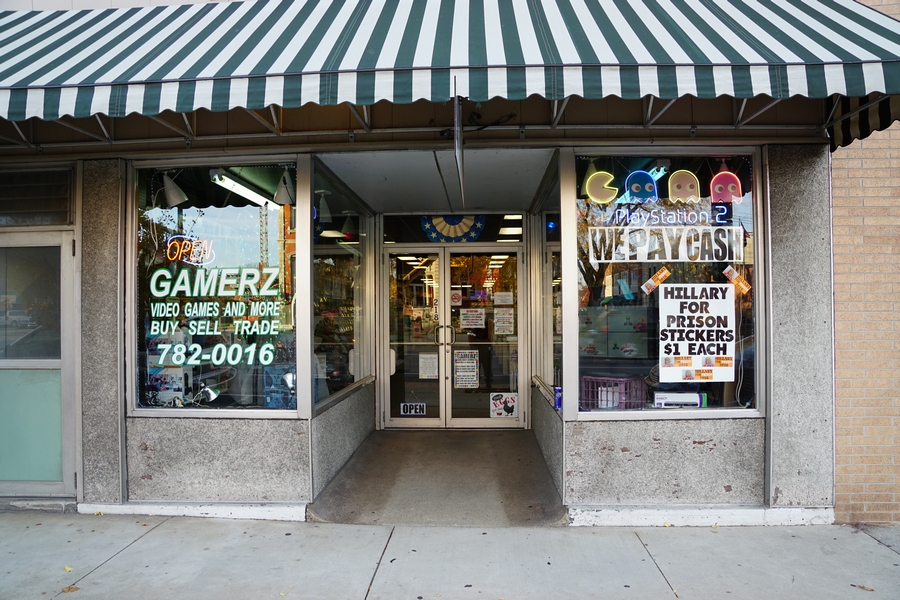 Gamerz is a Defiance, Ohio video game store. While I certainly believe that every American has a right to voice their political views, it is not good for business to do so when you own a small business. Earlier in the day, the owner of Gamerz unfurled and hung two anti-Clinton banners above the sidewalk in the front of his business. He had taken them down by the time I took this photograph. Evidently, the owner is more interested in supporting Trump and disparaging Clinton than he is making money. He shall, most certainly, NOT get any of my money. 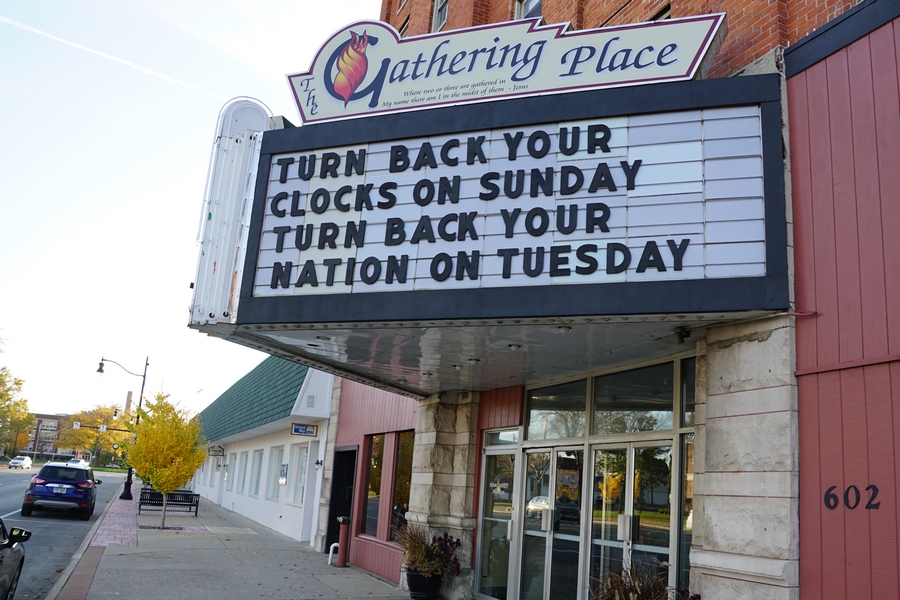 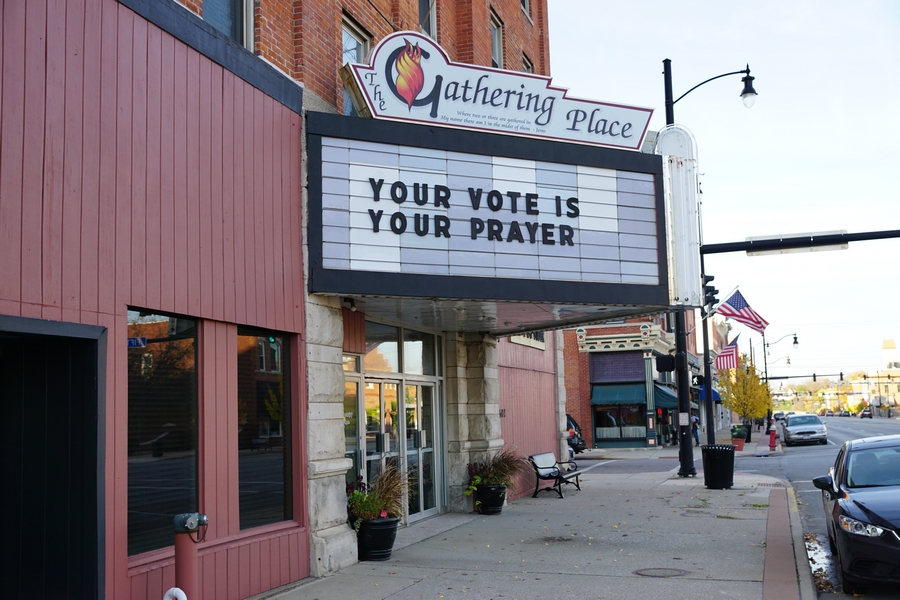 The Gathering Place, Defiance, Ohio is a frequent contributor to my church sign series: On the The Road Looking for God’s True Church. While these signs wisely do not mention Donald Trump, rest assured Gathering Place congregants and pastors support Donald Trump. Those voting for Hillary Clinton will keep their heads down and mouths shut lest they give the appearance of standing against God’s chosen one, Donald, Pussy-gabbing Trump. Turning back our nation is code for “time to evict the Negro from the White House and replace him with an orange and white “baby”  Christian.” 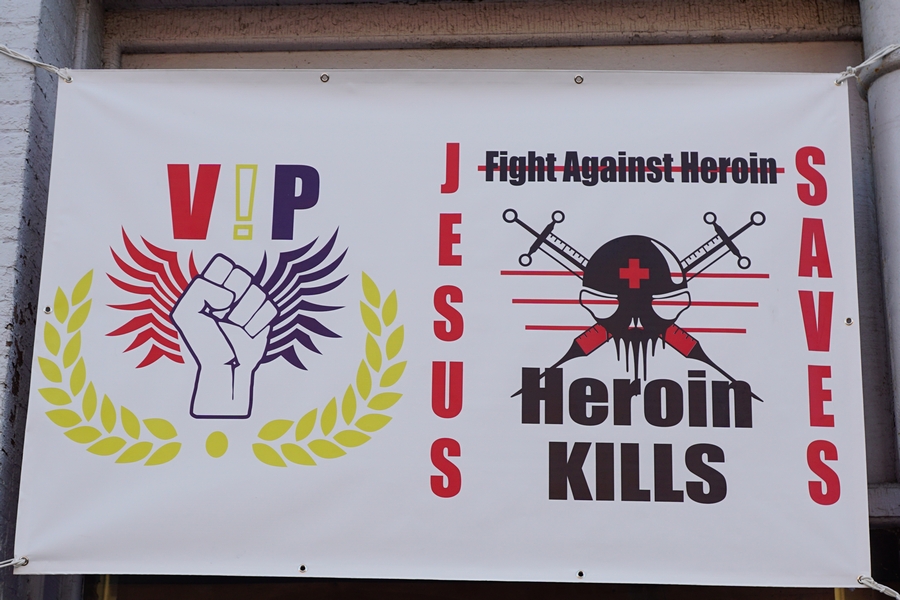 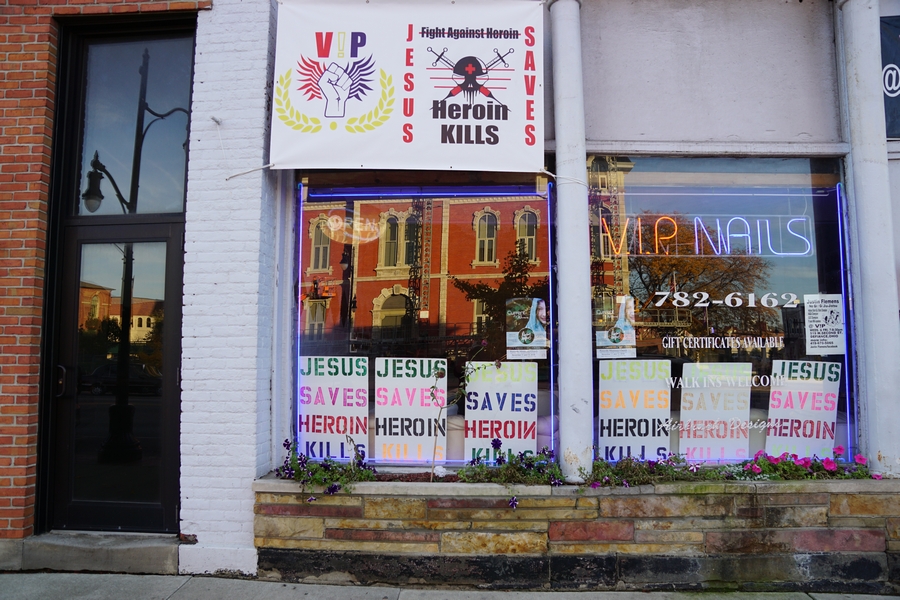 V.I.P Nails (and gym) in downtown Defiance wants passerbys to know that Jesus is the ONLY answer for those struggling with heroin addiction. In fact, their banner suggests that local police and drug rehab centers should STOP fighting against heroin and instead lead addicts to saving faith in Jesus Christ. Imagine a man jonesing for a heroin fix — willing to do ANYTHING to feed his need. Get saved? Sure, now can I have some s-m-a-c-k? Telling addicts that only Jesus can cure them is not only dangerous, it could also kill them. Yes, Defiance County has a heroin problem, but the solution is NOT a soul-saving experience with Jesus. What happens when the Jesus-fix wears off? Addicts go right back the streets, looking for the only God who can satisfy their needs.