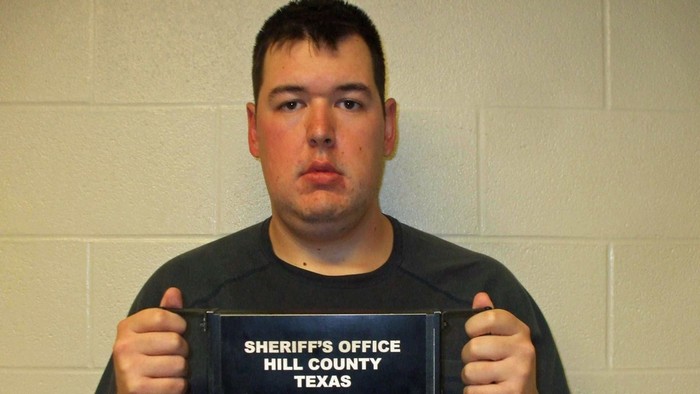 A man who leads a small Baptist church and is attending seminary in Waco was arrested Monday and faces child sexual assault charges.

Benjamin William Nelson, 28, was arrested at his home and booked into the Hill County Jail. He was being held Sunday on two charges of aggravated sexual assault of a child and one charge of deadly conduct, according to Whitney police.

Whitney police told Fox4News a mother found Nelson in a car with her underage daughter in a Whitney shopping center late Sunday. Police said the deadly conduct charge stems from Nelson driving recklessly near the teen’s mother as he left the scene.

According to Nelson’s Facebook page, he is married, is pastor of Peoria Baptist Church and is attending George W. Truett Theological Seminary at Baylor University.

Police are concerned there may be other victims.

Today, Nelson was charged with additional crimes. The Reporter reports:

A local pastor who was arrested by the Whitney Police Department Monday, February 27, on charges of sexual assault of a child is facing two new charges.

Benjamin William Nelson, 27, of Waco, who was pastor of Peoria Baptist Church at the time of his arrest, was initially facing two charges of sexual assault of a child and one charge of deadly conduct.

Whitney Police Chief Chris Bentley said that charges of indecency with a child and online solicitation of a minor were added.

Justice of the Peace Shane Brassell set bonds totaling $755,000 on Nelson on the initial charges.

Bonds totaling $50,000 were added on the two new charges.

Bentley said that additional charges are pending, and Nelson’s electronic devices have been sent to a Waco facility for investigation.

The chief added that police are concerned Nelson may have had contact with other children online.

As of today, Nelson is still listed as the pastor of Peoria Baptist Church, a Southern Baptist congregation. According to Nelson’s about page: (link no longer active)

In 2016 Ben and Casey felt the Lord calling Ben to begin in the pastorate and begin coursework on his Masters of Divinity degree at Baylor’s Truett Seminary.  He came to us in view of a call in August of 2016, and he’s been preaching the Word to our congregation ever since.

Ben serves as a leader among equals, and works alongside the deacons and the congregation to see Christ’s Kingdom come, and Christ’s will done in our church and our community.

A former pastor has pleaded guilty on charges of aggravated sexual assault of a child.

Whitney police said that Benjamin Nelson was arrested for two counts of aggravated sexual assault of a child with three related charges in February of 2017.

A 13-year-old reported to Whitney police that she had met Nelson online and had engaged in sexual contact. Nelson was a pastor at a local church at the time.

Whitney police said that Nelson pleaded guilty to all five counts and was sentenced to 20 years to the Texas Department of Criminal Justice and required to register as a lifetime sex offender.