Christians Say the Darnedest Things: Stop That Fornicating Girls, It Will Make You Sterile 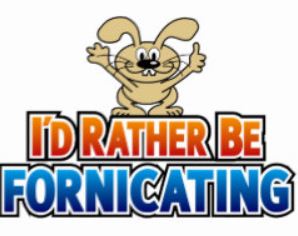 We live in a highly sexualized culture. Not many young people are virgins when they marry, even those within the Church. Years ago, Ken and I mentored young couples who were engaged. The leaders of this program, who have been in charge of this ministry for 30 years, told us that when they began this ministry most of the engaged couples had not had sex before marriage but nowadays, it was difficult to find any young couples seeking premarital counseling who were still virgins. [I call bullshit because I can do math. Thirty years in the ministry takes us back to 1988. Those getting married came of age in the 1960s and 1970s — you know the FREE LOVE era. I read a British study (which I can no longer find) that looked through eighteenth century marriage and birth records (which were kept by churches). They found that the majority of women were pregnant when they got married. This should not be surprising for those of us who live in the real world — the one where it is natural for young adults to have sex. Young adults have always been having sex before marriage. Duh, right? And they are not likely to confess their fornicating to an Evangelical inquisitor. I had more than a few couples lie to me during counseling.]

There are many more verses related to fornication in the Bible.[How often has a Bible verse stopped someone from having sex. My guess, not very often.] It is a serious offense in God’s eyes. He wants us to be chaste and pure before marriage and become one flesh with one man. God’s commands are for our good.[Telling young adults with raging hormones NOT to have sex is most certainly not good for them.] The spread of sexually transmitted diseases is at an all time high. Yes, the sin of fornication has some serious ramifications. [And it doesn’t have to if proper precautions are taken.] It breaks the covenant of the one flesh marriage (even prior to marriage) and it is a sin against one’s one body.

Is there hope for those who have committed fornication? [Lori makes it sound like having premarital sex is some sort of serious crime. Sorry, but it’s not.] Of course, but they will deal with the regret and possibly the scars (infertility and/or disease) from it all of their days [Most people survive their unmarried years just fine. Lori is a fearmonger, plain and simple.] but there is forgiveness in the Lord Jesus Christ. “And such were some of you: but ye are washed, but ye are sanctified, but ye are justified in the name of the Lord Jesus, and by the Spirit of God” (1 Corinthians 6:11).

— Lori Alexander, The Transformed Wife, Fornication is a Sin Against Your Own Body, August 2, 2018