It’s My Story and I’m Going to Tell It 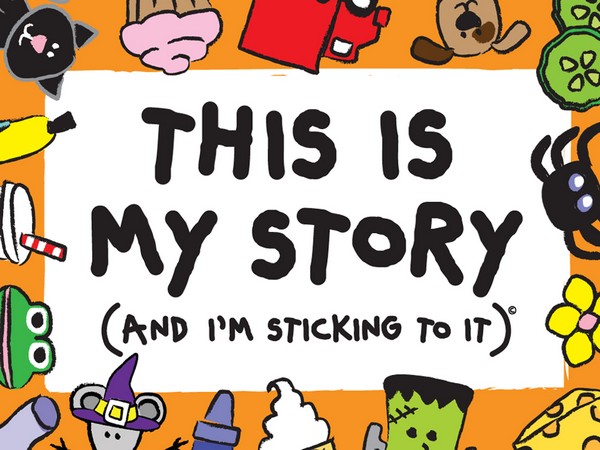 It is not uncommon for Evangelicals to question my motivations for blogging. I have the audacity to share club secrets; to point to where the bodies are buried. Worse yet, I call into question club beliefs and practices, daring to suggest they are irrational, mythical, or harmful. I am viewed as an enemy of Jesus and a hater of Christianity. Some Evangelicals even say that I hate Christians themselves — a Trumpian falsehood if there ever was one.

I have been called a liar, a man filled with pride who wants, needs, desires, and craves the approbation of my fellow atheists, non-Christians, and liberal Christians. On a few occasions, I have been accused of “being in it for the money.” I snarkily addressed this accusation recently in a post titled, Christian Man Attacks Me Because I Ask Readers to Monetarily Support My Work. Some Evangelicals have said over the years that my life story is fabricated; that they know people who know people who know people who say I never pastored ____________ church or lived in ______________ community. These conspiracy theorists — all Trump supporters, I suppose — ignore all evidence to the contrary and unjustifiably label me a liar.

Then there are the Evangelicals such as my former pastor friend Bill Beard, who oh, so politely ask me to not to share my story. Why? It’s harmful to people of faith, especially those who were once congregants in the churches I pastored. This concern is indeed valid, but if me telling my story causes loss of faith, what does that say about the staying power of their faith? Many Evangelicals find my unbelief disconcerting. One former congregant — who told me that he couldn’t be friends with me any longer because my deconversion caused him too much angst — said to me, Bruce, if YOU can lose your faith, anyone can. This congregant knew I was a mature follower of Jesus; a man who studied and knew the Bible; a man who lived out his faith day by day; a man whose family was governed by the complementarian, disciplinarian teachings of the Bible; a man who wasn’t afraid to stand for truth. Yet, I walked away from Christianity and I am now an outspoken atheist. My loss of faith causes doubt and questions, and the typical Evangelical answer for such things is to close your eyes, plug your ears, and repeatedly sing Jesus Loves Me.

I have been blogging for ten years now. I was a Christian when I started blogging, and readers who have been with me from the beginning have watched me journey from Progressive Christianity to atheism. They have watched me start and stop blogging several times, aware of how painful for me deconversion has been. They have watched as Evangelicals savaged me in their churches, on their blogs, and former iterations of this blog; watching as this savagery cut me so deeply that I bled out before their eyes. In time I would arise as a phoenix from the ashes, only to abandon my blog twelve or eighteen months later. Long-time readers will remember blogs such as Bruce Droppings and The Way Forward.

In the fall of 2014, I had yet again another meltdown and stopped blogging. Close friends waited to see if I would rise from the dead. In December 2014, I indeed — unlike Jesus who remains buried in a forgotten grave in Palestine — arose from the dead, ready once again to tell my story. In December 2018, this blog will be four years old. Imagine that, long time readers, FOUR YEARS OLD! Evangelicals haven’t stopped attempting to silence me, so why no classic Bruce meltdowns, why no running from the battle bruised and bleeding?

There are five reasons why this blog has survived:

Fundamentally, this blog remains a place for me to tell my story. I am one man with a story to tell, and I intend to keep telling it as long as I am physically able to do so. For Evangelicals who wish I would shut up and go the hell away, I say, sorry, it ain’t gonna happen. Evangelical churches frequently feature testimony segments, or they have big-name preachers and con-artists come to their churches to tell how God led them out of atheism and saved their souls. Some of these exaggerators-for-Jesus recount their lives as witches, new agers, mobsters, porn addicts, or homosexuals, and describe how Jesus delivered them from their sin and gave them eternal life. Some Evangelicals write books or start blogs with the express purpose of testifying to what Jesus has done for them. Other Evangelicals take to the streets, their places of employment, or go door-to-door, telling all who will listen about the wonderful, matchless grace of God. All of these people are doing what, exactly? Telling their story. And that is all I am doing.

Some Evangelicals don’t like how I have portrayed them in my writing. How dare you say that about me! How dare you say that about my pastor! How dare you say that about my church! How dare you air our past interactions! Why, Bruce, you make me look bad! Well, you should have treated me better, then. If you weren’t such a bully or an ass, the story I tell would be different. To the degree that you play a part in my life story, I am going to share that with readers. Instead of bitching, moaning, and complaining, either pray and ask Jesus to silence me or admit that you, much like yours truly, said and did things that were harmful to our congregants and families. I have found it cathartic to admit and own past bad behavior, and I challenge you to do the same. Your mileage may vary, but I plan to keep on writing. Consider my writing about you akin to you using me as a sermon illustration or a cautionary warning. Me writing about you is a cautionary tale of what happens when a man becomes a Fundamentalist sot; when one’s ability to reason and think critically is smothered by religious dogma, arrogance, and certainty. What’s good for the atheist is good for the Baptist preacher, yes?

I know it infuriates some preachers that this blog ranks first page for their name or the name of their church/ministry. (Polly’s family HATES that this site is prominently featured when people search for them or their church/ministry.) Sometimes, this site is first on the first Google page. That’s what four years of blogging have given me — increased readership, page views, email subscriptions, social media sharing, and high search ranking. I appreciate that people are willing to support and publicize my writing. As with all writers, I write to be read. All writers (and public speakers such as preachers) have a bit of narcissism in them. I want people to read my writing, even if they are raising Holy Heaven about what I have written.

The name of this blog is The Life and Times of Bruce Gerencser: One Man’s Journey From Eternity to Here. I plan to keep telling my story until either Jesus comes again or I lose the ability to reason and write. My money is on dementia claiming me before Jesus does.

Thank you for being a reader of my writing. I find it humbling that anyone except Polly would want to read what I write. I will do my best in the days ahead to put out writing that is worthy of your support.