Independent Baptist Songs: When the Roll is Called Up Yonder by James Black 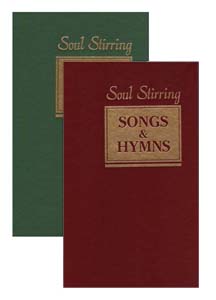 Today’s Independent Baptist Song is When the Roll is Called Up Yonder by James Black. I was able to find a video of this song being sung by Bill Gaither and Friends.

When the Roll is Called Up Yonder by James Black

When the trumpet of the Lord shall sound,
and time shall be no more,
and the morning breaks, eternal, bright and fair;
when the saved of earth shall gather
over on the other shore,
and the roll is called up yonder, I’ll be there.

On that bright and cloudless morning
when the dead in Christ shall rise,
and the glory of his resurrection share;
when his chosen ones shall gather
to their home beyond the skies,
and the roll is called up yonder, I’ll be there. [Refrain]

Let us labor for the Master
from the dawn till setting sun,
let us talk of all his wondrous love and care;
then when all of life is over,
and our work on earth is done,
and the roll is called up yonder, I’ll be there. [Refrain]

The Story Behind the Song

He loved young people and tried to win them for Christ. One day, as he passed through an alley, he met a ragged fourteen-year-old girl. She was the daughter of an alcoholic. He invited her to his Sunday school and youth group and she began to attend.

However, one day when he took roll, the girl did not respond. Each child had to say a Scripture verse when his or her name was called. James saw a lesson in her silence. “I spoke of what a sad thing it would be when our names are called from the Lamb’s Book of Life, if one of us should be absent.”

He was not the kind of man to let the matter die with a moral lesson. After Sunday school, he went to his pupil’s home to find out why she had not showed up for class. He found her dangerously ill and sent for his own doctor–they still made house calls then. The doctor said that she had pneumonia. Since that was before the days of antibiotics, death was highly likely.

James returned home. He tried to find a song to fit the thought of a heavenly roll call but could not locate one. An inner voice seemed to say, “Why don’t you write one.”[Black then wrote When the Roll is Called Up Yonder]

I remember the Sunday School teachers of my youth “calling the roll.” Not that he needed to do so. How hard could it have been to look over the seven or so boys seated there and not know who was or wasn’t present. One church I attended in my teen years would have the Sunday School Superintendent go to each class and collect the attendance books and offerings. Baptists can’t do anything without passing the plate. The purpose of taking the roll was primarily an evangelistic tool. Teachers were expected to visit the homes of those absent from the Sunday School. Not that any teacher ever visited my home. No need. I was at church every time the doors were opened, and that included Sunday School.  I even got pins for “perfect attendance.” My, oh my, aint God proud of me!

James Milton Black was born on August 19, 1856 in South Hill, New York. He acquired an early musical education in singing and organ playing and knew such famous songsters of his day as Daniel Towner and John Howard. Around 1881, he moved to Williamsport, Pennsylvania where he carried on Christian work through the Methodist Episcopal church. Teaching music during the week, he was a song leader, Sunday school teacher and youth leader in his spare hours. In addition to all this work, he edited hymnals.