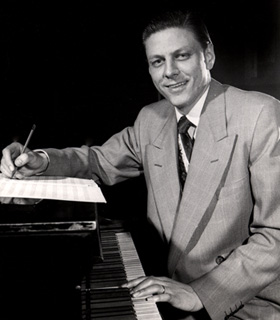 Today’s Independent Baptist Song is Heaven Came Down by John W. Peterson. I was able to find a video of this song being sung by the Temple Baptist Church congregation in Knoxville, Tennessee.

Heaven Came Down was one of my favorite songs. The churches I attended and pastored would lustily sing this song, with congregants with higher pitched voices singing the last line right out of the ballpark.  Heaven Came Down reminded me, at the time, of the wonderful relationship I had with Jesus and Heaven that awaited me after I died.

I am many years removed from my church singing days, but songs such as Heaven Came Down still lurk deep within my mind. As I listened to the video below, I sang along, not missing a word. Using music to religiously indoctrinate people works, as I can surely attest. I suspect many readers can say the same; that try as we might to wash our religious past from our minds, songs and Bible verses live on.

O what a wonderful, wonderful day, day I will never forget;
After I’d wandered in darkness away, Jesus my Savior I met.
O what a tender, compassionate friend, He met the need of my heart;
Shadows dispelling, with joy I am telling, He made all the darkness depart.

Born of the Spirit with life from above into God’s family divine,
Justified fully thru Calvary’s love, O what a standing is mine!
And the transaction so quickly was made, when as a sinner I came,
Took of the offer, of grace He did proffer, He saved me, O praise His dear name!

Now I’ve a hope that will surely endure after the passing of time;
I have a future in heaven for sure there in those mansions sublime.
And it’s because of that wonderful day, when at the cross I believed;
Riches eternal and blessings supernal, from His precious hand I received.

Heaven came down and glory filled my soul.

John W. Peterson (1921-2006) was born in Lindsborg, Kansas, and began his musical career while he was still in his teens. During World War II, he served as an Army Air Force pilot flying the famed “China Hump.”Later, he attended Moody Bible Institute and served on the radio staff there for a number of years. In 1953, he graduated from the American Conservatory of Music in Chicago and shortly thereafter settled in Pennsylvania to continue his songwriting career. He then moved to Grand Rapids, Michigan, where for over ten years he was President and Editor-in-Chief of Singspiration, a sacred music publishing company. He also served on the board of Gospel Films, Inc. of Muskegon, Michigan for several years. Later he moved to Scottsdale, Arizona where he continued his writing and co-founded Good Life Productions. A few years later, the John W. Peterson Music Company was established. During this time, he also served on the board of Family Life Radio Network in Tucson, Arizona. He had wide experience as a choral director, and throughout his career was in great demand as a guest conductor of his own works.

His music is loved and sung around the world. Mr. Peterson has composed well over 1000 individual songs, including titles such as: “It Took a Miracle,” “Over the Sunset Mountains,” “So Send I You,” “Springs of Living Water,” “Heaven Came Down,” “Jesus Is Coming Again” and “Surely Goodness and Mercy.” In addition, he has written 35 cantatas and musicals. Among these are “Night of Miracles,” “Born a King,” “No Greater Love,” “Carol of Christmas,” “Jesus Is Coming,” “King of Kings,” “Down from His Glory” and “The Last Week.” Approximately 10,000,000 copies of these cantatas and musicals have been published and sold.