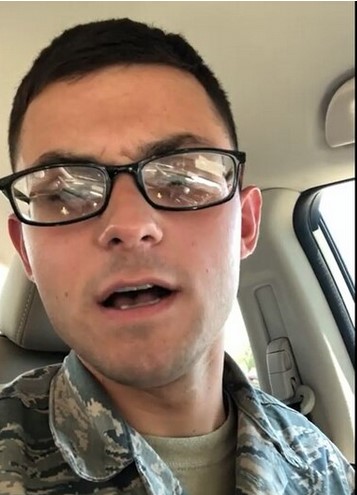 The sodomites, the homos, they do all their filthy acts in the dark of night where no one can see them. When you get these perverts on their own, they flee like cockroaches, like the roaches they are, the vermin scum, the pedophiles that they are.

If you’re making your son, for example, dress up as a woman and go dance at a sodomite bar, that’s hip, that’s cool, that’s trendy. But if you just believe the Bible, and you take your kid to church, that’s child abuse, right?

This unnamed airman sure sounds like a follower of IFB homophobe Steven Anderson.  For those who don’t speak IFB, 1611 stands for the 1611 King James Bible — the preferred translation of homophobes everywhere.