Christians Say the Darnedest Things: Fundamentalist Man Lets Bruce Gerencser Know What He Thinks of Him 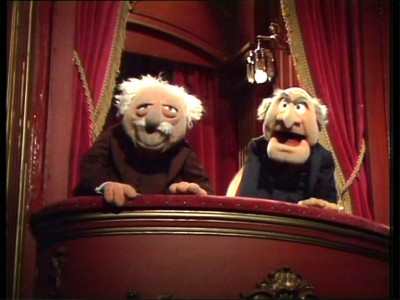 What follows is a comment received today on the post Why I Hate Jesus. The man who left this comment read the following posts before he began his rant against me. These posts are listed in the order the commenter accessed them.

From these five posts, Bill, the Fundamentalist — the son of a pastor — concluded:

Bruce, I scorn you. For over 25 years, you were a Christian leader. You loved your Rolexes, Lear Jets, and expensive suits. By your own definition of yourself, you either enjoyed these things or joined in the pursuit of them and weren’t clever enough to attain them. SHAME on you! My own father, a humble pastor, has NEVER owned a new car in his life. He gave up his career in early life to pursue what you NEVER did–the Jesus of the Bible. The jesus you described is not the American Jesus. Nope. He was the Bruce-Gerencse-Jesus. And, unarguably, there are many of your type out there to be sure. In fact, the pastors that I’ve sat under have continually warned me all my life about your type of pastor that you were. Now you’ve made your pile of money and decided to get out of the American-Bruce-Gerencse-Jesus business, and mock those still in it.

By your own admission, you spent at least 25 years as a horrible fiend. You served a personal version of jesus that a normal, decent Christian would have abhorred. You claim that you saw the multitudes and turned your back on them, and you were only concerned with those who said and believed “the right things.” Buddy, you are to be scorned.

You looked at Jews, Buddhists, Hindus, Muslims, Atheists, Agnostics, Deists, Universalists, Secularists, Humanists, and Skeptics, and believed that they would burn forever in the Lake of Fire, yet you settled yourself down in cushy Ohio, Texas, Michigan–places where you could enjoy the praise of your fellow Gerencserites who, according to your own testimony, subjugated women, told widows it was their fault, and ignored the cries of orphans. You were one sick man.

You never left your comfy home and go to Africa or Asia or South America where you truly believed people had no access to what you believed was the only remedy that could spare them from eternal damnation. You and other “Christians” of your type disgust me. You were so heartless. Of course, you would one day cash out of enjoy your hard earned payoff and walk away from you “jesus,” now you gloat in the life you lived and lump everyone else in with you nasty old self. Your guilt and self-loathing has filled you with hate for the jesus got you your car

How could you repeatedly threaten to abandon your wife and children if they didn’t kowtow to you and your jesus? What an awful life you shoved their faces into! I couldn’t image my dad doing something to us like you did to your family. You were a monster!

Many of the ways you describe the jesus you served for over 25 years–TWENTY-FIVE YEARS!–is worthy of derision, mockery, and hate.

At your request, I shower on you the DERISION and MOCKERY you so richly deserve. Be a man, pal, and return all that money your bilked from all those widows and poor families.

Who am I? I am a little man who has spent the past decade living in a third-world country spreading the message that you refused to spread while claiming to believe that your negligence was damning precious souls to eternal fire. While you admittedly made a full career of lusting after fancy cars, palaces and cathedrals and of oppressing women, immigrants, orphans, homosexuals, and atheists, I have made a simple career of reading my Bible and trying–quite poorly–to emulate the Jesus who I found there. I have never asked anyone or any church for a penny. I work an honest job. More importantly, I am acquainted with many, many more folks who are the opposite of what you described yourself to have shamefully been for over a quarter of a century.

I have no comment. I must go now. My Lear Jet is idling on the tarmac, ready to take me to the island where I have deposited the millions I made while in the ministry.