Christians Say the Darnedest Things: Atheism is a Denial of Reality by Ewin James 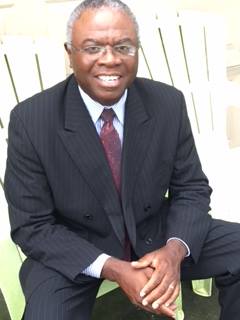 I don’t believe that there are any true atheists – men who are born without any awareness of the existence of God and who involuntarily sustain that absence of awareness of God throughout their lives. There are only pretenders who, for moral rather than intellectual reasons, profess to be atheists; usually they have the intellect and the vocabulary to verbalise [sic] and record their positions better than most people are able to. It is for this reason than many noted philosophers have professed atheism.

Lesser men, like Mark Wignall, who profess to be atheists, come off looking silly, for we can readily see through their pretence.

In the case of Mark Wignall, his profession of atheism on the pages of this newspaper is a pathetic attempt to serve nonsense on a platter of mawkishness. I will spend no time on his last effort. I will only say this – he should stick to what he does best: ferreting out the machinations of the two political parties and displaying his schoolboy fascination with sex.

If there is no God, how at one time did they believe he existed? To say I once believed God exists but no longer do so, says nothing about God, but says something about me.

Where did professing atheists, like all other men, get the knowledge that there was a God whose existence they later came to deny? From God himself who created every man with a knowledge of his existence, however nebulous or precise that knowledge is.

Romans 1 at verse 19: “Because what may be known of God is manifest in them, for God has shown it to them.” And verse 20: “For since the creation of the world, His invisible attributes are clearly seen, being understood by the things that are made, even His eternal power and Godhead, so that they are without excuse.” This says that imprinted on man’s consciousness and displayed in the created order is the evidence of the existence of God.

This is why the above verse say men are without excuse. It is this knowledge which men, for one reason or another, seek to suppress and deny by claiming that God doesn’t exist. They do so usually because they can’t reconcile the innate knowledge of a just, holy and righteous God with Him allegedly doing certain things or permitting certain things to happen. It even goes beyond that. They made God in their image and what they see contradict that image.

It’s the same with men today who profess that there is no God – they are fighting against what they know in their heart to be true.