Christians Say the Darnedest Things: Marijuana is a Gateway Drug by Paul Chappell 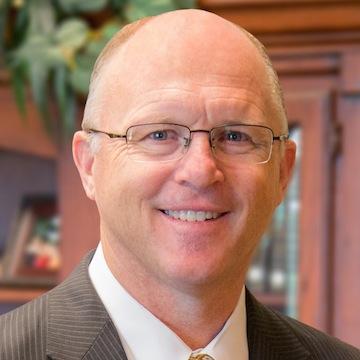 Even when initially used with a medical prescription, marijuana is a gateway drug. As a pastor, I often counsel people who have had major life difficulties because of drug use that began with marijuana. Even recently, I have counseled someone who began using medical marijuana that was prescribed by a questionable doctor in Los Angeles. This man became deeply addicted and relationally incapacitated toward his family. For the past year, his life has been out of control. His story is one of many similar I could give.

The greatest concern for our city should be the effect that our making marijuana more accessible would have on the next generation. The damaging effects of marijuana are not theoretical only, nor are they simple “community percentages.” They are life altering to the young people who become addicted.

Adolescent user addiction rates are high—as high as 50 percent. (That exceeds the rate of cocaine addiction.) Additionally, the risk of psychotic episodes is 40 percent greater for marijuana users than for non users, and the risk of schizophrenia is higher among teens who smoke it than those who do not. One study reported that “adolescents who used marijuana regularly were significantly less likely than their non-using peers to finish high school or obtain a degree. They also had a much higher chance of later developing dependence, using other drugs, and attempting suicide.”

Although I am aware that the current topic of discussion for our city relates to cultivating medical marijuana, I believe it is naïve to suggest that even if the conversation regarding marijuana licenses were to stop here, there would be no immediate effect on the young people of our community. Again, in my recent conversation with Sheriff McDonnell, he told me how medical marijuana wrappings have been found in middle schools. People are absolutely buying medical marijuana and reselling for profit—including to teens. I prefer that our city have nothing to do with underage people gaining access to marijuana, even if it’s by our second-hand association through this industry.

While I commend the city for proposing distance requirements prohibiting cultivation facilities within one thousand feet of schools, it is unrealistic to think that this alone will keep marijuana out of the hands of minors. The reality is that licensing cultivation will make marijuana more accessible to young people. And it makes me question, beyond the financial concerns to our city, what moral liability comes to us by entering into this trade?

I am, of course, a pastor, and so I am taking the liberty to share biblical principles related to this issue as well.

The Bible references the use of drugs in Revelation 9:21 as it speaks of people involved in “sorceries.” Interestingly the word translated from Greek (the original language of the New Testament) is pharmakeia and relates to “the use or administering of drugs.” In our biblical opinion, people who take recreational drugs are opening their minds to wickedness and the occult. (And I think police reports could substantiate that concern, by volume if not by verbiage.)

Another Scripture verse passes judgment on those who aid in the dissemination of intoxicating substance: “Woe unto him that giveth his neighbour drink, that puttest thy bottle to him, and makest him drunken also…” (Habakkuk 2:15). Basically, the Bible is saying that when we encourage someone to partake in a substance that brings them under intoxicating influence, we become responsible for what happens in that person’s life as a result of the substance they consume. I believe Governor Jerry Brown and the liberal leadership of our state will be held accountable for their decisions on matters ranging from abortion to releasing violent criminals to legalizing marijuana. I prefer that our city not posture itself similarly by joining in these decisions.

Our city has been willing in the past to take a stand against prevalent culture where it was harmful to our residents. I am deeply grateful for the way, in the 2000s, our city stood against gangs and gang-related drug dealing. I remember in the 1990s when our city council passed ordinances against “sex shops.” More recently, our city stood to protect the right to open city council meetings in prayer, including praying in Jesus’ name. God has blessed us since we have taken these stands, and I believe He will bless again for choosing to stand against opening our community to marijuana cultivation.

Over the years, there have been other government-passed decisions that our ministry has opposed when these related to moral issues and opposed biblical principles. Should the city pass this ordinance and enter the marijuana trade, our church will continue to teach against using mind-altering substances and will stand against the distribution of such substance outside of a legitimate prescription and medicinal use of truly needed pain medicine. (While there may be a legitimate medical use, I have no assurance that there is a safe and proven process for legal distribution to and through legitimate medical outlets at this time. I think we should also remember that medical marijuana is still not approved by the FDA. Insufficient research and inability for quality control are among their reasons.)