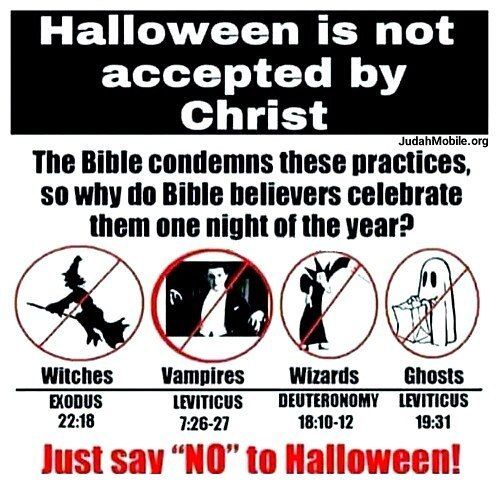 Halloween is one of those holidays that is tremendously fun for kids, but most of us are probably unaware of the origins of the holiday. The ancient Celts (inhabitants of the area that is now Ireland, the United Kingdom, and Northern France) celebrated the festival Samhain on October 31 whereby people would light bonfires and wear costumes, typically animal skins and heads, to ward off ghosts. November 1 marked the new year for the Celts, conveying the end of harvest and the entrance into the cold, dark months of winter which were associated with death. The Celts believed that on October 31, the boundaries between the living and dead were blurred so that ghosts would come to earth and wreak havoc. While people tossed crops and animals into the bonfires as sacrifices to the Celtic gods, Druid priests would tell fortunes and make prophecies about the year to come. At the end of the night, people would relight their hearth fires from the bonfire in order to bring protection for the new year.

As the Romans expanded their empire into the Celtic territories, they brought two festivals with them which were incorporated into the Celtic Samhain. Feralia in late October was the Romans’ holiday to commemorate the dead. The second was a festival honoring Pomona, the goddess of fruits and trees (hence, the practice of bobbing for apples on Halloween). In 609, Pope Boniface IV created All Martyrs Day in May, and later Pope Gregory III moved the festival to November 1 and included all saints and all martyrs in the festival named All Saints Day. In 1000, the church made November 2 All Souls Day to honor the dead. All Souls Day was celebrated with costumes and bonfires similarly to Samhain, and All Saints Day was colloquially called All-Hallowmas with the night before (the traditional Samhain day) called All-Hallows-Eve (later shortened to Halloween).

The celebration of Halloween made its way to the colonies with the British and Irish immigrants. While the Puritans were rigid and prudish and did not allow much celebration of Halloween in New England, Halloween was celebrated in the Mid-Atlantic and the Southern colonies. As immigration from Ireland increased in the 19th century, further celebration of Halloween spread throughout the United States. From 1920, the celebration became a community event with special emphasis on fun for children. Today, there are parties for adults and for children, plus trick-or-treating, trunk-or-treat celebrations, and fun for kids at shopping malls. Many people of all ages enjoy dressing up in costume and having a good time together. In fact, my 16-year-old son recently said he misses the fun that he had as a kid on Halloween.

My brother is 12 years younger than I, born to parents who were almost 39 and 41 at his birth. My mom and step-dad worked full-time and had little interest in doing anything extra for their son outside of basic care. They would take him to the park sometimes on the weekends, but that was about it. He was expected to play on his own until he was old enough to play outside with neighborhood kids. We lived in a rural area where everyone owned a minimum of one acre of property, so houses were not very close together. Trick-or-treating consisted of parents driving their kids from one house to the next – the kids would hop out of the car, run up to the door for candy, then run back to the car to drive to the next house. I remember my mom taking me out to trick-or-treat a few times when I was a kid, but when our church started having a Halloween party for kids, she took me to that instead. During the 1970s and 1980s there were huge scares about razor blades and needles being put into candy, and hospitals would offer to x-ray the candy for safety. Everyone was warned to throw away homemade treats because they might be poisoned or filled with broken glass or razor blades. I remember one year my mom wanted me to throw away a wrapped Rice Krispies treat from elderly Mrs. Massey up the street – like Mrs. Massey was going to harm children with broken glass.

By the time my brother came along and wanted to trick-or-treat, my mom and stepdad had no interest in taking my brother trick-or-treating and they refused to do so. Not yet having a driver’s license, I dressed my brother up the best I could and walked the neighborhood with him so he could trick-or-treat. I’m not sure what he did when I went to college, but I suppose he went out with friends. At some point when I was in my 20s, my mom started saying that she thought that Halloween was a Satanic holiday and that Christians really should not celebrate a holiday that glorifies death, Satan and demons. Being in my 20s and no longer an Evangelical Christian, I told her she was crazy, which went over quite well (NOT!), but we disagreed about a lot of things such as homosexuality, abortion, and the role of religion in public discourse.

Now in his mid-30s, my brother has become increasingly religiously devout in the past couple of years. While he does not belong to a church (mainly because he can’t find one with which he agrees), he prays every day, teaches his sons his version of Christianity, and is part of a Skype/online men’s prayer group. Recently, he started frequently posting Bible verses along with quotes and articles from Christian ministers. He prefers content dealing with sin, the mightiness of God, and the consequences of sin. His politics are quite right-wing Trump-supporting, flavored with a hefty dose of fear of “Luciferism,” Communism, Atheists, Demons, Satanism, and Pro-Choice Feminist “Jezebels.” He posts articles from Charisma magazine, which is a far-right Christian fear-mongering site. Sometimes I’ll read an article he posts, laugh out loud, give a good eye-roll, then become sad that he believes these things.

A couple of weeks ago, he posted a Charisma Magazine article regarding Halloween. The author goes into great detail citing supporting verses about why Christians should not celebrate Halloween under any circumstances. Instead, they should proselytize their neighbors who come to their door to trick-or-treat. So neighborhood parents bring their little kids to this author’s house for candy and instead they get an earful about JESUS. Nice. Way to destroy the fun for the kids.

My husband who was raised nominally Catholic (meaning, his family went to church on Christmas and Easter), and who doesn’t know a lot about fundamentalist evangelical Christianity, read this article. He commented that the author cited verses to support her point of view, sometimes just snippets of a verse, each one taken completely out of context. He asked if it was customary for Christians to use verse references in that way. I explained that the practice is so common that it has a name — proof texting — which is why it is so easy for Christians to utilize verses or parts of verses to support just about any argument that they like or don’t like. He then stated that he felt bad for our nephews because they aren’t allowed to celebrate a fun children’s holiday because their dad thinks that Halloween is Satanic.

My brother posted the little meme above regarding verses in the Pentateuch that “prove” that God doesn’t like it when we dress up like witches, wizards, vampires, and ghosts. Personally, I thought that the vampire reference was a stretch as the verse refers to those who consume blood, and frankly, there are many cultures that do eat blood (blood pudding, black pudding, black sausage, blood tofu, blood soups, to name a few). Interestingly, there are over 600 rules for the Jews in the Pentateuch, yet Christians typically will say that Jesus came to fulfill the law and therefore we do not have to follow the laws. But when it is convenient Christians will call back certain laws from the Pentateuch that suit their purposes. I also find it amazing that Christians believe in ghosts, demons, and Satan as if they are REAL LIVE beings, but that is another topic entirely. Maybe I am able to celebrate Halloween without fear because I do not believe in the existence of supernatural beings.

Personally, I can picture young Jesus dressed up in a centurion’s costume trick-or-treating around Nazareth for dried dates with his pals. He probably would have told Evangelical Christians to lighten up and let the kids have a little fun. But that’s just me being a sacrilegious atheist. May you all have an enjoyable and safe Halloween!