Sexual Abuse and the Jack Hyles Rule: If You Didn’t See It, It Didn’t Happen 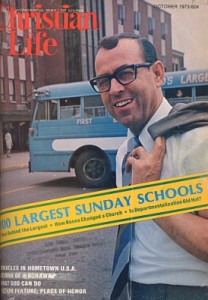 The late Jack Hyles, pastor of First Baptist Church in Hammond, Indiana, spent decades training Fundamentalist pastors through his annual pastors’ school, Hyles-Anderson College, and country-wide Sword of the Lord conferences. Hyles was a powerful motivator and speaker. In the 1970s and 1980s, I heard Hyles preach many times. I remember coming home from hearing him preach, filled with renewed desire to serve God and build a New Testament Baptist church that would reach thousands of people for Christ. Hyles was the type of preacher who could motivate pastors in such a way that they would be willing to charge the gates of hell with a squirt gun — an empty one at that.

Hyles taught pastors how to handle accusations and conflict in their churches. One line that stood out — I heard Hyles say it several times was If You Didn’t See It, It Didn’t Happen. Hyles often talked about gossip and false allegations, telling pastors that they should teach congregants not to believe such things unless they saw them for themselves. Hyles had Biblical support for his approach:

Rebuke not an elder, but intreat him as a father … Let the elders that rule well be counted worthy of double honour, especially they who labour in the word and doctrine. For the scripture saith, thou shalt not muzzle the ox that treadeth out the corn. And, The labourer is worthy of his reward. Against an elder receive not an accusation, but before two or three witnesses. (1 Timothy 5:1, 17-19)

Elders (pastors), according to the Apostle Paul, are to be considered worthy of double honor and revered as fathers are. Accusations leveled against pastors were to be rejected unless they could be confirmed by two or three eye-witnesses. Thus, if a woman says the pastor raped her, the church was to reject her allegations unless two or three people saw their pastor rape the woman. In other words, if you didn’t see it, it didn’t happen.

Since most church sex crimes involving pastors, youth directors, missionaries, deacons, church bus drivers, and Sunday school teachers take place in secret without others seeing the abominable behavior, this means, according to Jack Hyles, that allegations of sexual misconduct should be rejected out of hand. No eye witnesses? No crime. Welcome to the Jack Hyles Rule®.

This kind of thinking allowed Hyles and countless pastors trained and influenced by him to ignore criminal behavior within their churches or to excuse their own behavior. When confronted with allegations of sexual assault, Hyles influenced preachers to say, did you see this happen? Were you there? If the accuser said no, then the allegation was rejected out of hand. If the accuser said yes, then he or she would be asked, did anyone else see this happen? If the answer was no, then nothing more was done about the allegation. Thanks to the Jack Hyles Rule®, countless abusers and predators escaped punishment for their crimes, including Jack Hyles’ son David.

Hyles and other like-minded pastors groomed their churches to turn a blind eye to sexual abuse, adultery, and other criminal behavior. Remember, church, if you didn’t see it, it didn’t happen. Throw in sermons about pastoral authority (Hebrews 13:7), not touching men appointed by God to preach his words (Psalm 105:15), and bears eating people who slander pastors (2 Kings 2:23-24), it should come as no surprise, then, that congregants were fearful and hesitant about voicing accusations against their pastor and other church leaders.

Add to this the fact that many churches are secretive about sexual misconduct in their midst. Members are expected to trust church leaders, and if nothing is ever said about a matter, it’s because there was a good reason for not saying anything. I can’ tell you how many times I have heard through the grapevine that a pastor or some of other church leader has been accused of inappropriate sexual behavior, yet the powers that be refuse to publicly acknowledge the allegations or inform the church about how the matter is being dealt with. My wife’s parents have attended the same Independent Fundamentalist Baptist (IFB) church for over forty years. When asked about what happened to so-and-so after he was accused of rape/sodomy/sexual assault, Polly’s parents tell us, we don’t know. Pastor never told us anything about this matter. He asked us to trust him and not talk about Brother So-and-So’s criminal behavior. So, they didn’t. And as long as good people such as they sit silently in the pews and do not demand full disclosure, sex crimes and illicit affairs will be swept under the rug.

Did your church or pastor promote/use the Jack Hyles Rule®? Please share your thoughts in the comment section.

Are you unfamiliar with Jack Hyles? Please read:

Jack Hyles Gives Advice on How to Raise a Girl

Jack Hyles Teaches Parents How to Indoctrinate Their Baby

Jack Hyles Tells Christian Women it is All Up to Them