The Sounds of Fundamentalism:The Evils of Alcohol by Billy Sunday 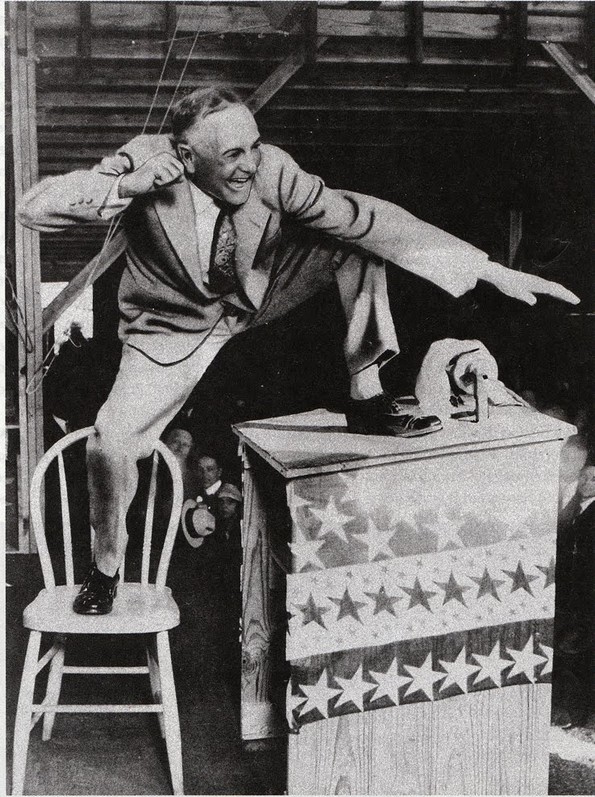 This is the eighty-sixth installment in The Sounds of Fundamentalism series. This is a series that I would like readers to help me with. If you know of a video clip that shows the crazy, cantankerous, or contradictory side of Evangelical Christianity, please send me an email with the name or link to the video. Please do not leave suggestions in the comment section.  Let’s have some fun!

Today’s Sound of Fundamentalism is a video clip of sermon preached in 1929 by Evangelist Billy Sunday. Sunday traveled the nation preaching against sin and calling people to repentance. In doing so he became quite wealthy, losing his children to the very sins he preached against. Wikipedia states:

Tragedy marred Sunday’s final years. His three sons engaged in many of the activities he preached against, and the Sundays paid blackmail to several women to keep the scandals relatively quiet. In 1930, their housekeeper and nanny, who had become a virtual member of the family, died. Then the Sundays’ daughter, the only child actually raised by Nell, died in 1932 of what seems to have been multiple sclerosis.Their oldest son George, rescued from financial ruin by the Sundays, committed suicide in 1933.