The Sounds of Fundamentalism: The Bible is the Solution for Institutional Racism by Dave Brat 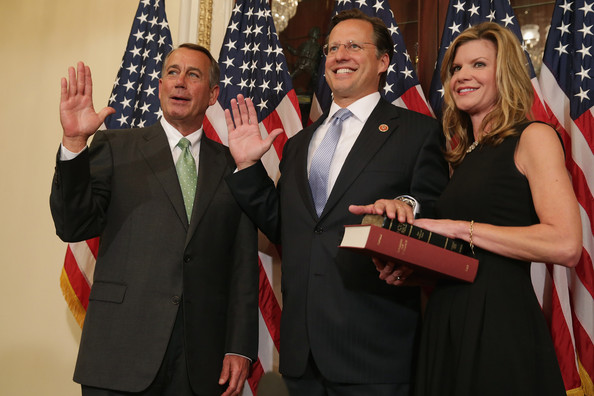 This is the one hundred and twenty-second installment in The Sounds of Fundamentalism series. This is a series that I would like readers to help me with. If you know of a video clip that shows the crazy, cantankerous, or contradictory side of Evangelical Christianity, please send me an email with the name or link to the video. Please do not leave suggestions in the comment section.  Let’s have some fun!

Today’s Sound of Fundamentalism is an audio clip of a radio interview given by U.S. Representative Dave Brat (Virginia). Brat is a Calvinist.

“Well, that’s just sub-groups,” Brat responded, “some of these radical groups that are funded out of George Soros’ pot of money and just some confused people.”

In contrast, he said, he recently visited a prison and met with former heroin addicts who told him that they wanted him to “get the Bible back in the classroom and religion back in the classroom so my kids and grandkids don’t end up like me.” Because of the lack of religious instruction, he said, these men were “never taught what was good and bad in life in the public school system.”

“The Democrat policy in education is holding back an entire generation from being successful,” he said, “and then you end up with this racial system when your school system … [is] teaching them about isosceles triangles but we’re not giving them any hope.”

“There is institutional racism,” Brat told Fredericks, “and if Obama and Hillary want to talk about institutionalized racism, I just mentioned the source of it. It’s their own policies. that’s where the institutional racism is, right? When you don’t tell people what is ethically good and bad, right, if you cannot even define what a morally good life is anymore and you block the Bible and you block the Judeo-Christian tradition and you block the Baptist church, which is fundamental in the African-American community, from being the voice of power and the only hope you give is a broken federal system of government …”

He added that since Martin Luther King Jr., we haven’t had “any nationally prominent philosophers or theologians out there promoting the Judeo-Christian tradition in the African-American community and across the board in education.”